Michael Owen believes Manchester United have the makings of a formidable team and now seem to be on the way back.

Manchester United have struggled to mount a sustained challenge for the Premier League title since they last picked up the trophy under Sir Alex Ferguson in 2013.

They have gone through managers in David Moyes, Louis van Gaal and Jose Mourinho, while the job of rebuilding the club was given to Red Devils legend Ole Gunnar Solskjaer in 2018.

The Norwegian has had many bad days in the office as Manchester United manager, but his recruitment has been lauded and his team were on an eleven game winning streak when the season was suspended. 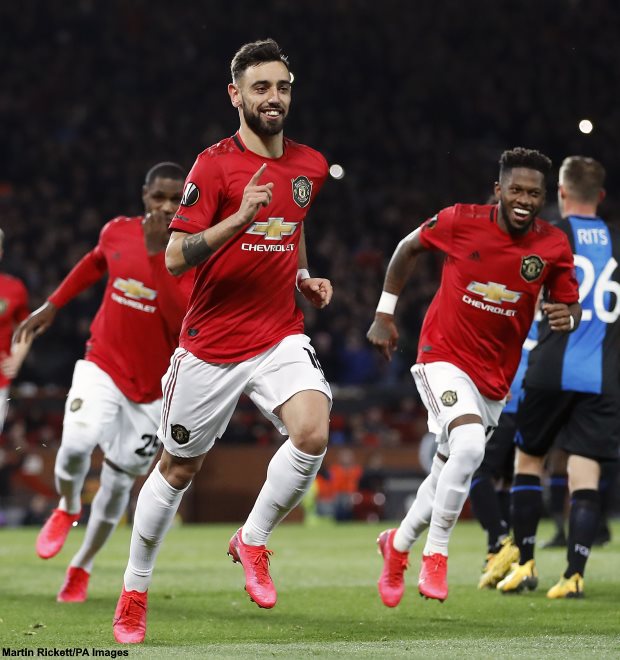 Former Red Devil Owen believes that Manchester United looked like a team to reckon with in the second half of the season and thinks there are enough signs that they are now progressing under Solskjaer.

He is of the view that finally after several years it seems like the club are again on their way back to the top echelons of English football.

The former striker said on ESPN FC: “Manchester United were the one team that wanted to keep playing because they were starting to get into a really good vein of form.


“[Bruno] Fernandes is a fantastic signing, of course [Paul] Pogba will be back soon and this break has been good for [Marcus] Rashford as well, because obviously he can get back fit.

“All of a sudden you are looking at Manchester United, and I haven’t been able to say this for years, but all of sudden I am looking at that squad thinking, wow, it is on its way back.

“It is starting to look very good and very promising for Manchester United and as I said, I haven’t been able to say that for a long time.”

Manchester United were fifth in the league table, into the last 16 of the Europa League and in the quarter-finals of the FA Cup when the season was suspended.