Manchester City, Liverpool and Manchester United are all in position to battle for Wolves winger Adama Traore, it has been claimed in France.

Traore has shone in Nuno's impressive Wolves team this season and the former Barcelona man is now not short of admirers heading into the summer.

He could be subject to a transfer battle between three of the Premier League's biggest clubs, who have been taken by what they have seen of him this term.

Manchester City, Liverpool and Manchester United all admire Traore and are taking position ahead of a potential battle, according to French magazine Le 10 Sport. 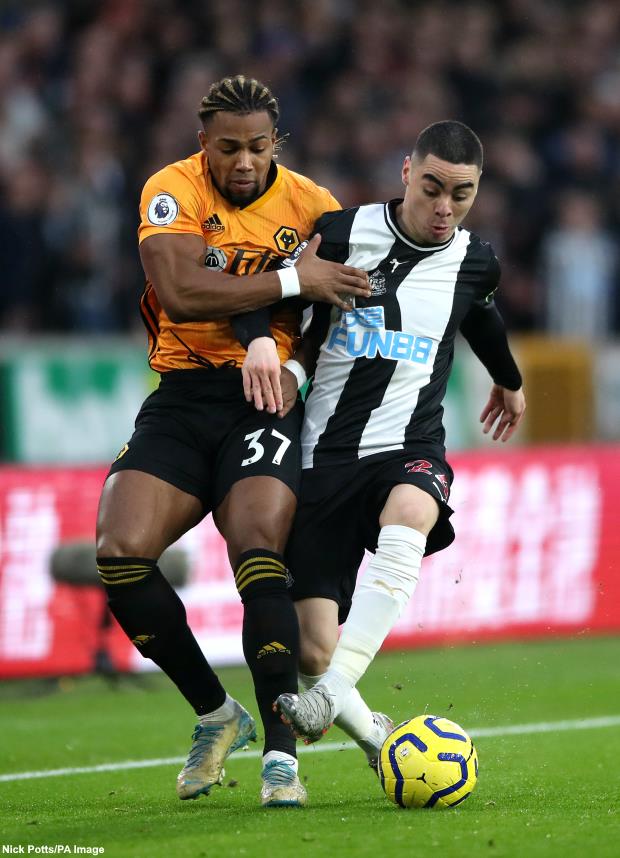 There is also interest from beyond the Premier League though, with German giants Bayern Munich claimed to be a side that could enter the mix for Traore's signature.

The Spanish winger is locked down on a contract with Wolves until the summer of 2023 and the club are likely to be not keen on losing him.

He has made 28 appearances over the course of the season in the Premier League, scoring four times and providing seven assists.


Traore is just six appearances shy of making 100 appearances in the Premier League, having played in the division for Middlesbrough as well as Wolves.