Dubbed the "next Andrea Pirlo", Tonali has attracted attention from a who's who of European football and is expected to move on from Brescia this summer.

Italy's top clubs are keen on landing Tonali and look to be in a strong position to do so, despite Liverpool, Manchester City, Manchester United, Barcelona, Paris Saint-Germain and Atletico Madrid all being keen.

Brescia supremo Cellino insists that Tonali does want to remain in Italy and is clear that his club will help him to do so; he admits Inter and Juventus, along with other clubs, have been in touch with him. 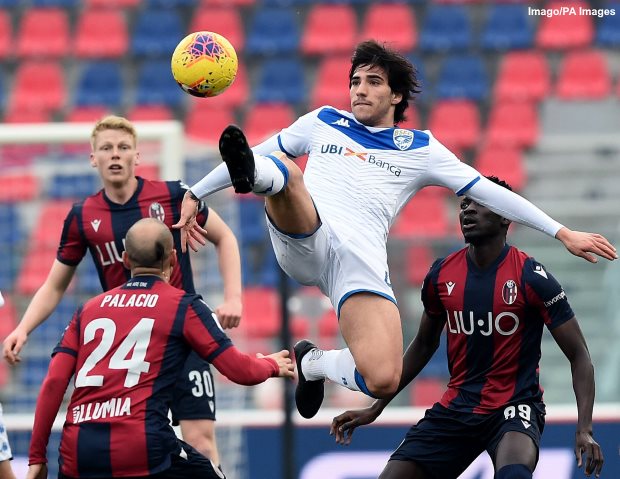 "It is difficult to talk after all that has happened", Cellino was quoted as saying by Italian broadcaster Sport Mediaset.

"However, I hope that the boy will continue to have fun playing football as he did before.

"I would not like all these rumours to lead to another problem that affects our chances of avoiding relegation.


"They [Inter and Juventus] have asked me [about him], as well as other teams.

"It is certain that the player wants to stay in Italy and we will support him."

Cellino's Brescia sit bottom of the Serie A table and, nine points from safety, need a miraculous turnaround in form when the season resumes to stand any chance of staying in the top flight.