Marcos Senesi is tipped to stay at Feyenoord this summer despite interest from Leeds United.

Marcelo Bielsa has led Leeds back up to the Premier League and the Yorkshire giants are expected to move to strengthen their backline following the return of Ben White to Brighton and a serious injury suffered by Gaetano Berardi.

They have been strongly linked with wanting to sign Senesi from Dutch giants Feyenoord.

However, Senesi has been tipped to stay put by Martijn Krabbendam of Dutch magazine Voetbal International. 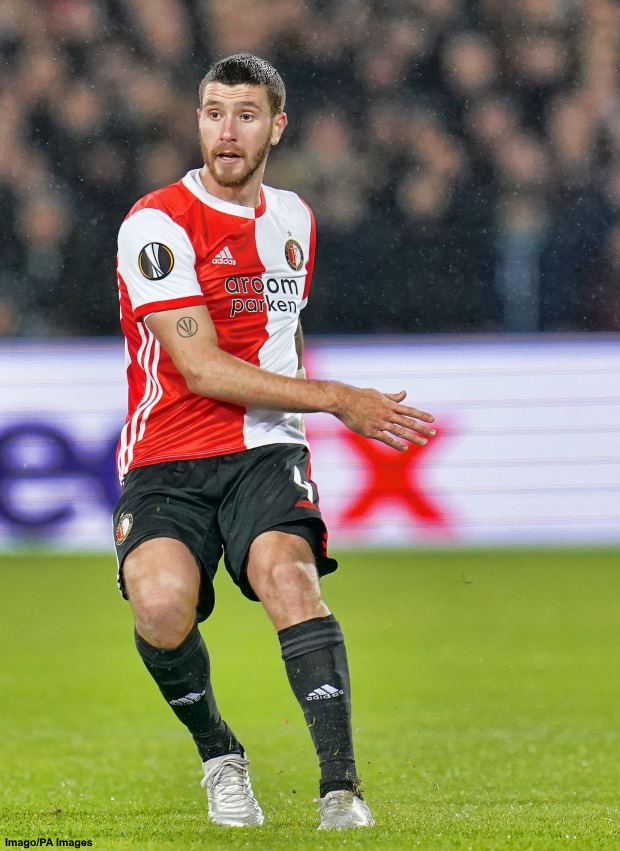 Feyenoord only completed the signing of the Argentine last summer and are strongly set against losing him.

It is claimed that Senesi would be more likely to move on from Feyenoord next summer, after another full season with the Dutch giants.

However, nothing is being ruled out and it is possible that a bid in excess of €20m could make Feyenoord think again about the situation.


The 23-year-old was snapped up by Feyenoord from Argentine outfit San Lorenzo and helped the De Kuip outfit to finish third in the Eredivisie last season.