2. Bundesliga club Fortuna Dusseldorf are remaining tight-lipped about whether they want to sign midfielder Ben Woodburn from Liverpool.

The Reds are looking to send the 20-year-old out on a fresh loan deal for the new season after he spent last term at Oxford United in League One.

Woodburn had an injury interrupted spell at Oxford and clocked just 16 appearances across all competitions.

Now German outfit Fortuna Dusseldorf have been credited with holding an interest in signing the attacking midfielder from Liverpool on loan. 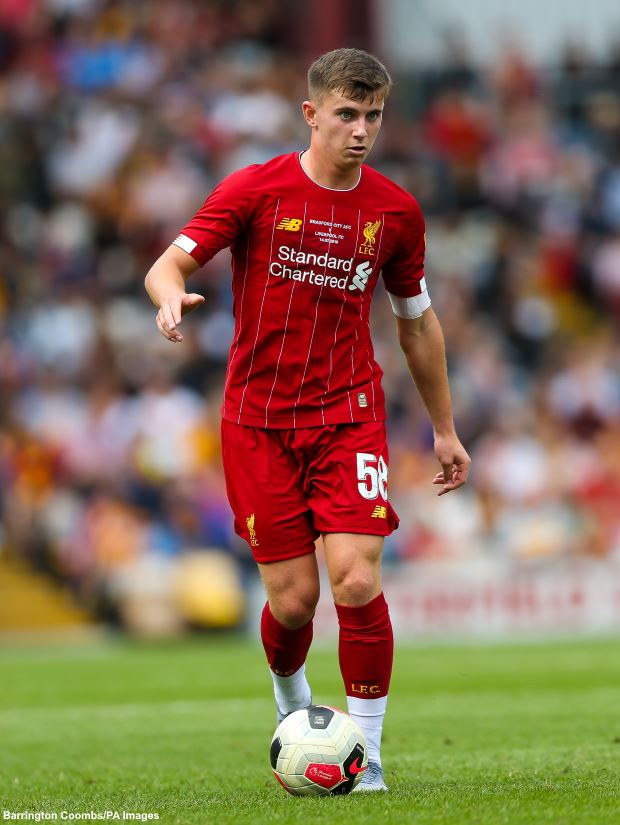 However, according to German daily Bild, Fortuna Dusseldorf are staying tight-lipped over whether they do want Woodburn.

The club are currently prioritising other positions, with a centre-back and a left-back high up on the transfer agenda.

Fortuna Dusseldorf finished second bottom in the Bundesliga this season and are preparing for life in the second tier.


Reds boss Jurgen Klopp may be tempted to hand Woodburn an experience in German football, if Fortuna Dusseldorf do make a move to secure the youngster; he has sent other Liverpool stars on loan to Germany since taking over at Anfield.