The Gers lured Bassey to Ibrox following the expiration of his contract at Premier League side Leicester City and he has been involved over pre-season.

He was introduced off the bench in Rangers’ 3-0 drubbing of St Mirren in the Scottish Premiership on Sunday, replacing Borna Barisic in the 79th minute. 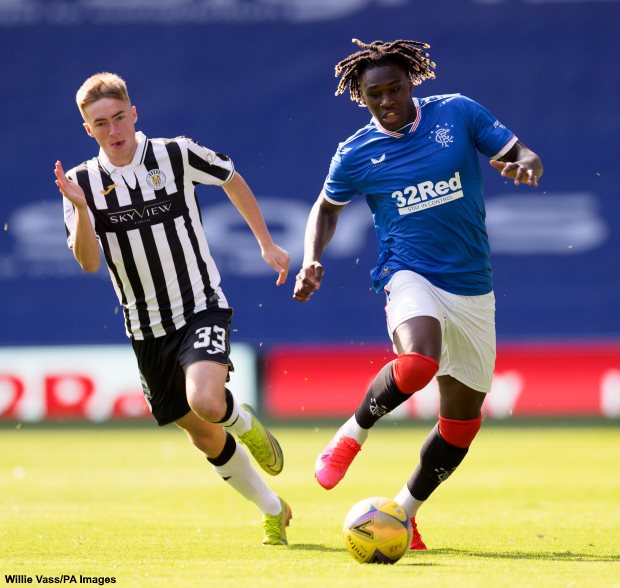 Thomson, who works with the youngsters at Rangers, was able to call upon Bassey in a recent clash against Dundee United and was left with a positive impression of the left-sided defender.

He said on Rangers TV during the course of the St Mirren game: “He actually played in a game just a few weeks ago for me against Dundee United.

“Obviously he’s physical; you see the size of him, he’s a machine of a boy.

“I think he is a development one, but one that the manager, Mick Beale and the staff know very well, so he’s one for the future, but he’s certainly got great attributes”, Thomson added.

Following his outing against St Mirren, Bassey will be hoping to be involved on Wednesday night when St Johnstone are the visitors to Ibrox in the Scottish Premiership.