Gelhardt has put pen to paper to a four-year deal with newly promoted Premier League side Leeds.

Leeds are focused on adding talented youngster to their ranks as they look to keep the pipeline sending starlets into the first team pumping strong.

The 18-year-old broke through at the DW Stadium and made 18 appearances for the Latics in the Championship last season. 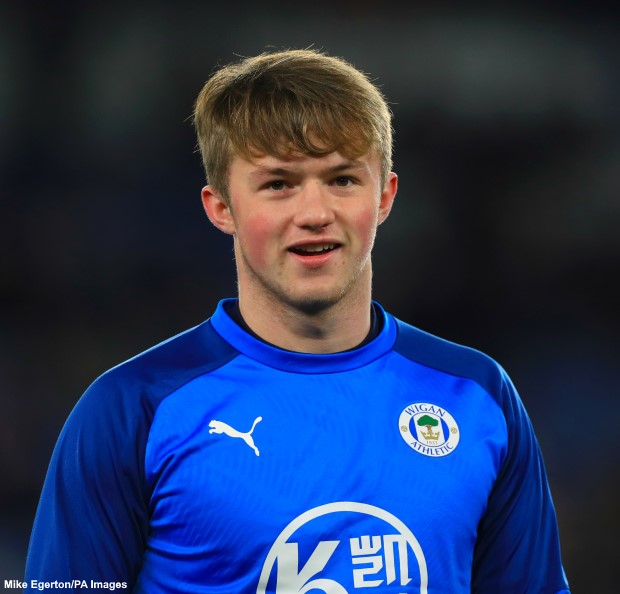 Rioch, who worked with Gelhardt closely during his stint at Wigan, lauded the young striker as an incredible talent and revealed the 18-year-old put on many exciting, memorable performances for the Latics on the pitch.

The 45-year-old insists Gelhardt always came up with something special while playing and is certain Leeds have got a special talent on their hands.

“Joffy [Gelhardt] has given us many special memories since he joined Wigan Athletic at the age of 10", Rioch told Wigan’s official site.


“He is an incredible talent and we’ve seen so many great performances and exciting moments from him.

“It was an absolute pleasure to watch him develop on Sunday mornings as a schoolboy; we’d travel all over the country and if you needed any extra motivation to do that, knowing Joffy was likely to come up with something special certainly provided it.

“I remember him scoring ten goals in one game, many hat-tricks and also five against Manchester United at The Cliff – he’s such a special talent.”

Gelhardt will be looking to make an impression on Leeds boss Marcelo Bielsa over the course of pre-season, with all eyes being on whether he starts life in the first team or the Under-23s.