Everton boss Carlo Ancelotti is of the view that Toffees star Tom Davies has the quality to play in any position he is asked to in midfield.

With the arrival of Allan, James Rodriguez and Abdoulaye Doucoure to the Everton midfield, Davies has fallen down the pecking order in Ancelotti’s first-team, but has made three league appearances so far this season.

When Allan missed out in the Toffees’ 4-2 win against Brighton & Hove Albion prior to this month’s international break, Davies was called into action by the Italian to fill the Brazilian’s role. 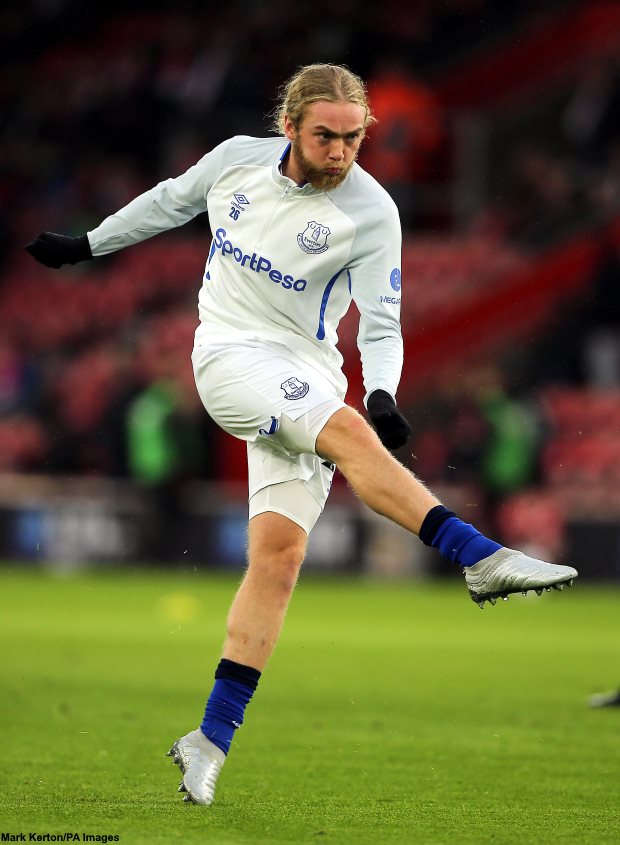 Ancelotti is of the view that Davies is a versatile talent who has the ability to take command of any position in midfield.

The 22-year-old boasts the hunger and attributes to mature into a complete midfield performer, according to Ancelotti, with the Italian stressing that he was impressed by the way Davies deputised for Allan against the Seagulls.

“I think Tom has the advantage that he can play in all the positions in the midfield”, Ancelotti told Everton’s official site.

“He can play as a holding midfielder but it depends what we are going to ask from him.

“Against Brighton, he did really well tactically… [exactly] what I asked from him.

“He didn’t have to do special, fantastic passes, he had to control well the position in front of our two centre-backs and, honestly, he did really well, tactically.”

Davies, who prepared for his starting chance by studying footage of Allan’s opening Everton displays, is determined to further improve by picking the brains of his fellow senior midfielders in the squad.