Rangers defender Leon Balogun has insisted that he is no James Tavernier, but he is keen to make sure that he plays as well as possible if needed in the right-back position in the club captain’s absence.

Tavernier had to leave the pitch with an injury after just 24 minutes against Royal Antwerp on Thursday night and centre-back Balogun took his place in the formation.

The 32-year-old played the rest of the game in that position as Rangers scored a big 4-3 win over the Belgian side in the first leg of their Europa League last 32 tie. 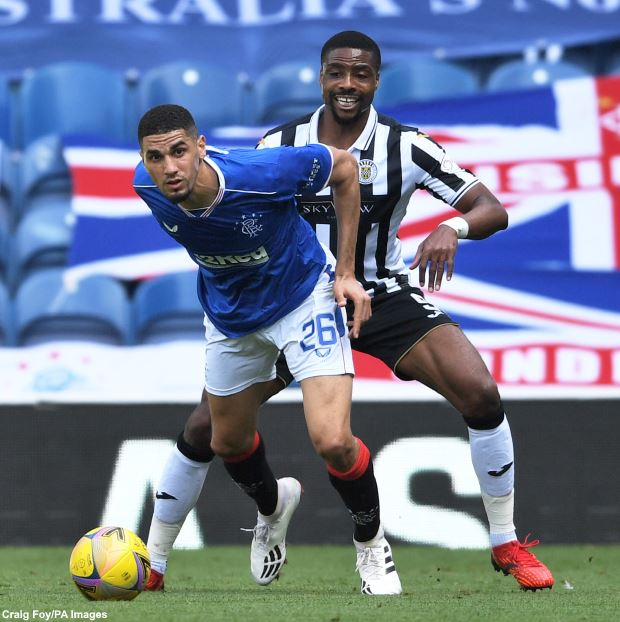 Balogun conceded that before Thursday night he had not played in that role for a while and he admitted that he is nowhere close to the player that Tavernier is.

He stressed that while he cannot completely reproduce what Tavernier brings in the right-back position, he tried to impose himself in that unfamiliar role.

The centre-back also stressed that he got a lot of encouragement from the Rangers coaching staff at half-time.

Balogun said in a press conference: “I think the last time I started at right-back was against Sheffield Wednesday.

“I can’t replace Tavernier as he is a beast and we are different types of players, I will try to match as best as possible and put my style into it.

“It wasn’t easy but I also tried to attack.

“I think I can still play at right-back, it took me some time to adapt but at half-time, the coaching staff and Michael Beale gave me confidence going into the second half.

“Getting the ball into feet and playing the Tavernier type role as good as possible.”

The Nigerian could start again at right-back against Dundee United on Sunday if Tavernier is not fit.