Carlo Ancelotti has revealed transitioning from being the manager of some of Europe’s biggest clubs to Everton was not difficult at all as the Toffees are a family club with very positive atmosphere.

With trophy winning stints at the likes of Real Madrid, AC Milan, Bayern Munich, Chelsea and Paris Saint-Germain, Ancelotti has been at the helm of several European heavyweights in his lengthy managerial career.

The Italian arrived at then relegation threatened Everton in December 2019, with his immediate task to get them back to safety and in due time restore them as part of the European elite. 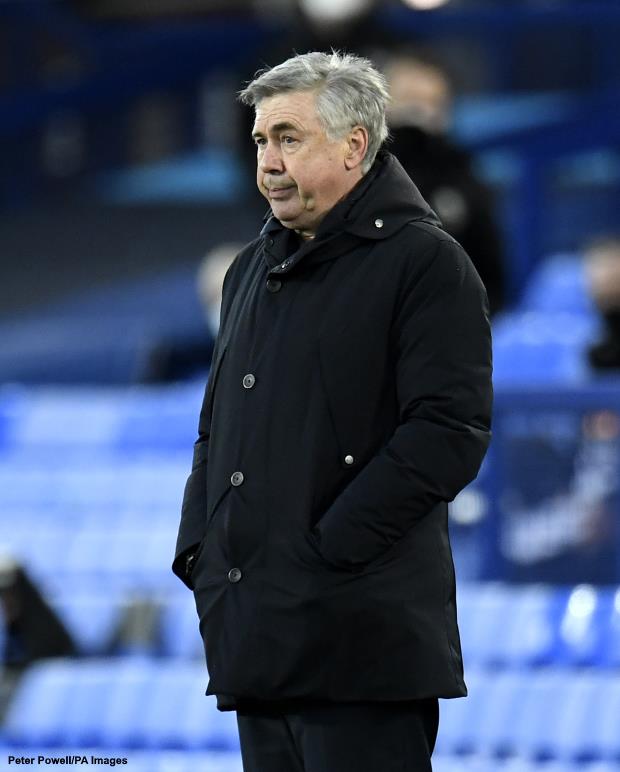 Although he is faced with a different set of challenges at Everton than he is used to at his pervious clubs, Ancelotti has revealed the transition has not been difficult at all as there is a positive atmosphere prevalent at Goodison Park.

Ancelotti admitted has had to be a lot more patient with his current players to get the best out of them as they continue their mission to get back to playing in Europe.

“There is a distinct and different communication with the players [at Everton compared to my former clubs], Ancelotti told The Athletic.

“You need to be more patient with mistakes they might make and all these things.

“But importantly, you must not lose confidence or trust in what we do together.

“Honestly, I have not found that transition difficult because I have encountered a positive environment, where it is a family club.

“There are a lot of people who work here who are Everton fans.

“The club has a very clear project and the owner wants a better team and the club to be in a higher position, where it was before, to be the club that won trophies in the 1980s.”

With 20 games left in the current Premier League campaign, Everton are just two points shy of the top six and will be determined to ensure they finish the season by sealing European football for next season.