Carlo Ancelotti has insisted he needs to see more ambition and focus from the Toffees at Goodison Park, having struggled for results at home so far in the current Premier League campaign.

The Toffees have struggled with their form at Goodison Park for the whole season, having only snapped up 19 points from 48 available in 16 games.

Everton’s last win at home came in early March and they have since lost once and drawn twice in the three times they have played at Goodison Park, which has been a worry for them as they continue their quest for a European spot finish. 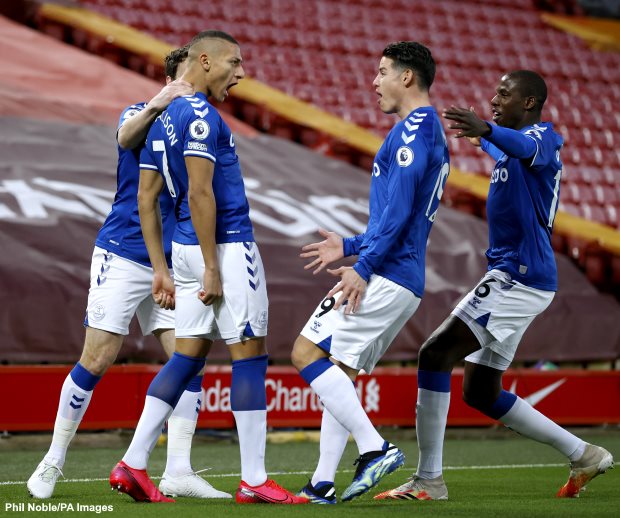 The Merseyside giants are gearing up to host Aston Villa at home on Sunday and Ancelotti has revealed he needs to see more ambition and focus from his team to get the result.

Ancelotti explained that his team also need to be more balanced in terms of their attacking and defending as to not let their backline be overexposed.

“In a few words I think we need to have more balance at home”, Ancelotti told a press conference.

“When we want to propose more attacking football, we need to have balance to avoid the counter attack.

“More ambition, totally agreed and more focus on the balance of the team.”

Including Saturday’s clash against Aston Villa, Everton have three home games left in the season, with the remaining two against Sheffield United and Wolverhampton Wanderers, respectively.