RB Leipzig star Emil Forsberg has insisted that if his side are clever and make the right decisions they can hurt Manchester City on the break tonight in the Champions League.

The German club will open their European campaign tonight with a trip to the Etihad against Manchester City. 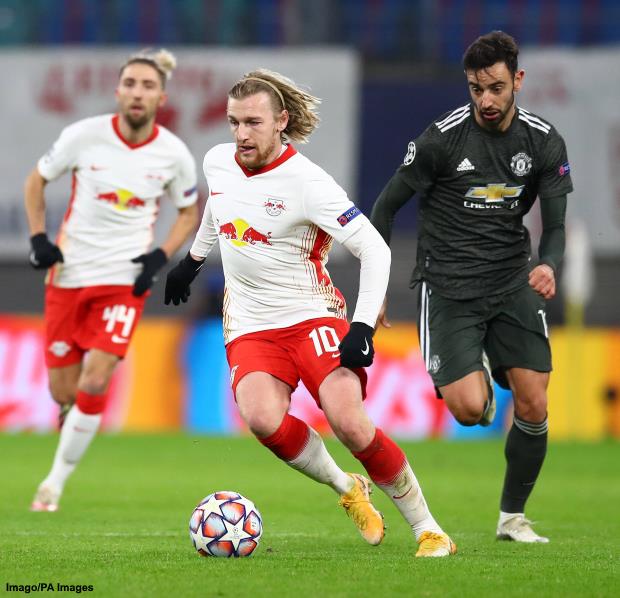 Forsberg stressed that shock results are always likely to happen in football and admitted that Manchester City will dominate the proceedings in terms of possession.

But he insisted that the Premier League champions are vulnerable against sides who can counter-attack them well.

He stressed that RB Leipzig have discussed the importance of making the right decisions when trying to counter-attack and believes his side have the personnel to wound Manchester City on the break.

“We’ve seen these things happen before in football”, the Swede told The Athletic.

“Of course they will have a lot of the ball, they will play, they have good players upfront.

“But if we know one thing about City it’s that they don’t like to play against sides who are good in transition. They’re vulnerable on the break.

“[After the Bayern defeat] we talked a lot about being more effective after winning the ball high up the pitch, making more of the opportunities that we could have created.

“If we take the right decisions at the right time, we have the quality to hurt them.”

Manchester City are one of the sides who are being tipped to go one better this season and win the Champions League after their failure in the final in May.