Former Sky Sports anchor Richard Keys is of the view that Farhad Moshiri should show Rafael Benitez the exit door if Everton lose to Liverpool in the upcoming Merseyside derby as the Toffees supremo made the error of hiring him in the first place.

Benitez’s appointment as successor to Carlo Ancelotti at Goodison Park in the summer was met by the Everton faithful with mixed feelings, given his ties to arch rivals Liverpool.

Despite a strong start to their Premier League campaign, Everton’s season have hit a rough patch as they are winless in seven games on the trot, including a 1-0 defeat to top flight new boys Brentford on Sunday. 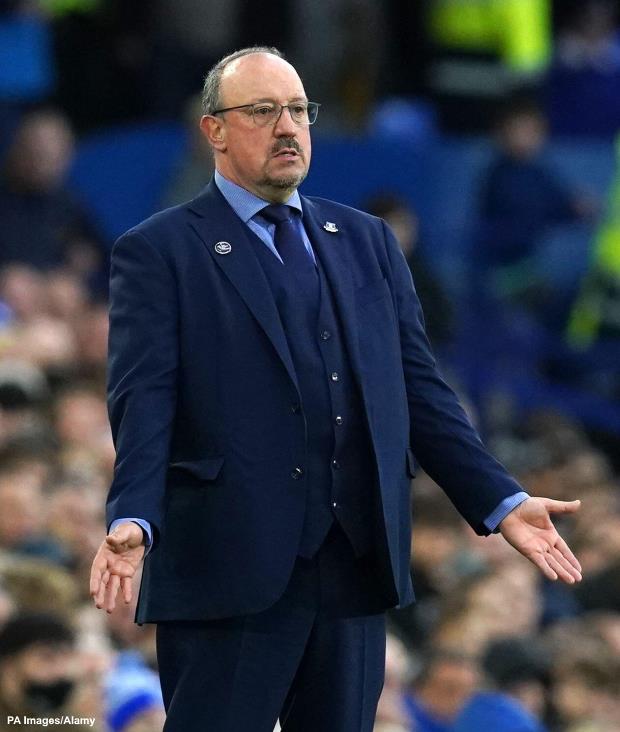 Keys is of the view that Moshiri made a huge mistake in hiring the Spaniard in the first place and stressed he should sack him if Everton lose to Liverpool in their upcoming top flight clash on Wednesday.

The legendary sports presenter namechecked Duncan Ferguson to succeed Benitez and insists the Spaniard is trying to deflect criticism aimed at him by suggesting that there was a disconnect between fans and the players even before he took charge.

“He [Benitez] reckons the fans should be more understanding of the ‘intensity’ and ‘mentaaality’ of the players, adding that there was a disconnect between fans and players last season, which he wasn’t responsible for”, Keys wrote on his blog.

“He claims he’s now working at repairing the relationship. No there wasn’t a disconnect.

“Most of last season passed without fans in the ground. Any ground. So how can he talk of a ‘disconnect’? How does he judge that?

“If Everton lose the derby this week Moshiri should sack Benitez the very same evening – and apologise to Evertonians for his error.

“And it was his error.

“Bill Kenwright didn’t want Benitez – nor did anyone else at Goodison.

“Give it to big Dunc. And give Benitez what he really wants – an early conclusion to Agent Rafa’s master-plan.”

Liverpool have been in fine form this season and are third in the league, while Everton have slipped down to 14th, following a run which has seen them pick just two points out of a possible 21.