Scotland Under-21 boss Scott Gemmill feels that Nathan Patterson will have tougher defensive challenges at Everton than he faced at Rangers, but has backed him to make the grade.

Patterson has struggled to make an impact since he joined Everton from Rangers for £16m, with injury playing its part in limiting his game time.

The 20-year-old right-back is part of Frank Lampard’s pre-season squad and featured in Everton’s 4-2 triumph over Blackpool on Sunday, where he grabbed two assists. 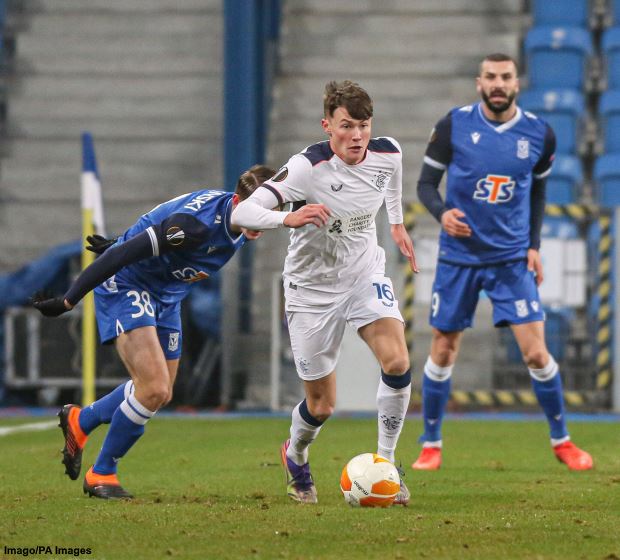 Scotland Under-21 manager Gemmill, who has seen the young Scot’s progression closely, is of the opinion that Patterson has not been challenged defensively at Ibrox to the degree he will be in Premier League.

However, Gemmill is backing Patterson to be successful and feels the 20-year-old will be appreciated by the Everton fan base due to the way he plays the game.

“He’s probably not been tested defensively at Rangers to the extent he will be in the Premier League with Everton”, Gemmill told Everton’s official site.

“But he has cleared every hurdle put in front of him, so far: Playing for Rangers, a big club similar to Everton, with huge fan expectation and atmosphere in the stadium and significant history.

“He’s done it for Scotland.

“Not all young players get over those hurdles.

“But up to this point, Nathan has managed to do that and put himself in this position.

“Evertonians will take to him, I have absolutely no hesitation in that regard.

“He plays with real determination and fearlessness and is still growing and getting stronger.”

Patterson will compete for a spot in the side under Lampard in the new campaign and will hope to start repaying Everton for a fee they forked out to land him.