Sheffield United manager Paul Heckingbottom has expressed his delight that Manchester City talent James McAtee chose to speak with the Blades instead of other Championship clubs.

Before making his debut in the Premier League in November against Everton, McAtee had made his Manchester City debut in the EFL Cup against Wycombe Wanderers.

The 19-year-old played five times for the Manchester City first team last year, including in a Champions League round of 16 match against Sporting Lisbon at the Etihad Stadium. 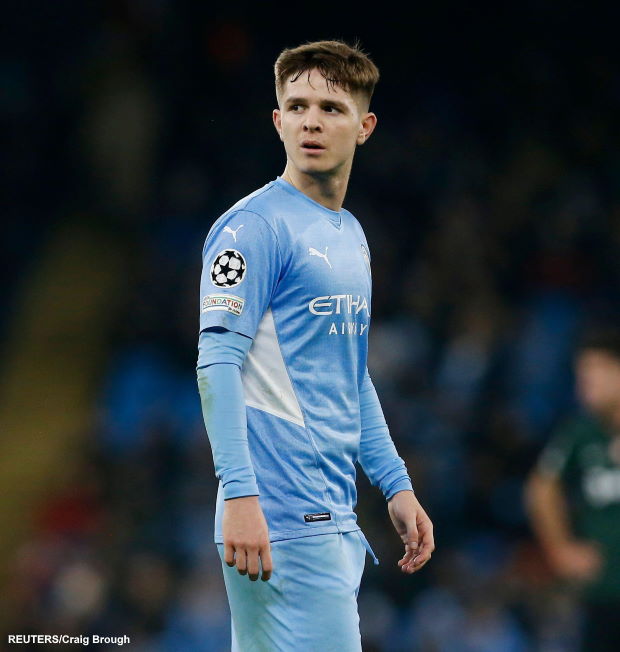 McAtee has signed a season-long loan deal with the Blades and Heckingbottom expressed his delight that the 19-year-old chose Sheffield United over other clubs to continue his development.

The Sheffield United manager also revealed that the club attempted to sign the teenager last season, but he chose to stay with Manchester City.

Heckingbottom believes that McAtee is an exciting prospect and is sure that Bramall Lane is the best place to continue his development.

“James a talented player, someone who rated very highly at City and throughout football. We are excited to get him”, Heckingbottom told Sheffield United’s official site.

“We know there was a lot of interest in him, we registered ours last year but obviously James wanted to get in the Manchester City squad.

“As soon as he became available for loan, his agents did a really good job, presented the clubs who were interested and I believe we were the only one in the Championship who he wanted to speak to, among interest from the Premier League and abroad.

“We put our best foot forward, we told James what he can expect from us but likewise what we expect from him and he wanted to come.

“We are grateful to Manchester City, we think we are a good place for young players and comparisons have been drawn, we have huge expectation and a major fan base.”

McAtee will join his Manchester City team-mate Tommy Doyle at Bramall Lane and both the duo will look forward to continuing their development under the Blades boss.