He Will Get Caught – Graeme Souness Unconvinced On Lisandro Martinez

Graeme Souness has insisted that Manchester United defender Lisandro Martinez will get exposed at some point in the Premier League.

Martinez has emerged as a cult hero at Manchester United since his arrival from Ajax for big money in the summer.

The Argentinian is the definitive first-choice centre-back for Erik ten Hag and has played a crucial role in turning Manchester United into a more robust defensive unit. 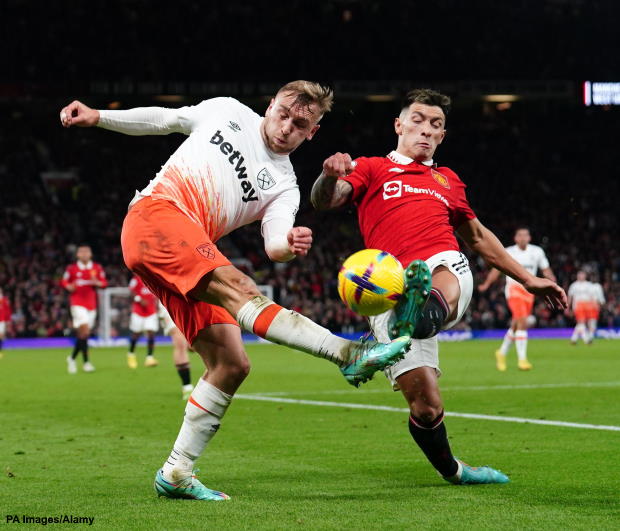 His aggression and defensive tenacity have won over the fans at Old Trafford, but Souness remains unconvinced.

The former Liverpool star insisted that he is not that good on the ball or particularly quick as a centre-back.

He is insistent that at some point the Premier League is going to expose him as he is too short to succeed as a centre-back in English football.

“He has got real aggression.

“I think he will [get found out in the Premier League], common sense tells you that.

“5’9 and he is playing against guys 6’2 so he will get pinned occasionally.

“He will get outsprinted occasionally and he will get caught.

“I can’t tell you that a centre-back in my time in the English game that was super successful being that size.”

Martinez has managed to keep his detractors quiet on the weight of his performances and is almost the first name on the team sheet for Manchester United manager Ten Hag.