Jenz is on loan at Celtic from Ligue 1 side Lorient and has started ten games in the Scottish Premiership this season as well as playing every minute of their disappointing Champions League campaign.

Earlier in the week, Celtic announced the signing of Kobayashi and manager Ange Postecoglou reflected on how the new recruit fulfilled a role that is hard to hunt for. 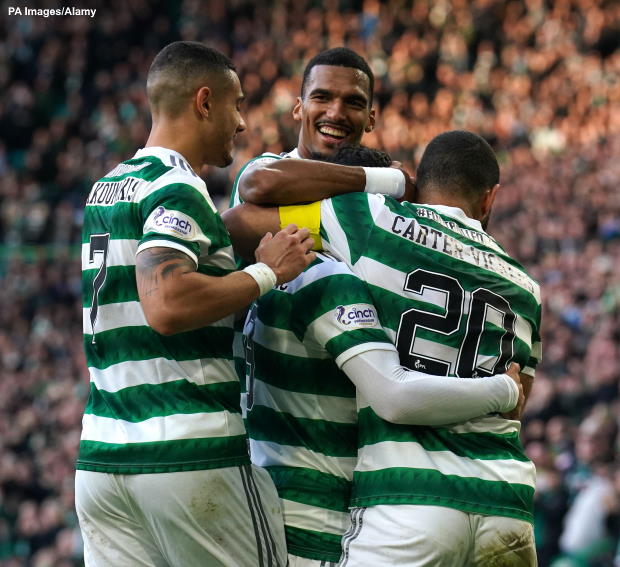 For Bartley, signing Kobayashi is a sign that Celtic are not of a mind to make Jenz’s loan move to Parkhead permanent at the end of the season.

He does not believe though that Kobayashi will waltz into the team in January and be a regular starter, especially with a full season of the Japanese top flight behind him.

Speaking on Clyde 1 Superscoreboard, Bartley said: “I do think seeing the signing and the age of the player, I can’t see them signing him and Jenz at the end of the season.

“Kobayashi I can’t see coming in and playing straight away to be honest.

“Just finished the J-League, had a whole season, which is very difficult because you are asking him to play almost back-to-back seasons.

“So I think it’s a perfect fit for Celtic at the moment in time.

“He can come over, he can get used to the style of play, maybe get in and out of some games, but I can’t see him as a starter this season.”

Celtic have the option to buy Jenz at the end of his loan spell and it remains to be seen if they take it up or as Bartley believes, send him back to Lorient.