Ajax coach Erik ten Hag has admitted that on occasion Hakim Ziyech can be a coach's nightmare, but insists the Chelsea bound star is quirky but brilliant.

Ziyech is linking up with Frank Lampard's side for the 2020/21 campaign after the Blues agreed a deal with Ajax for his services.

The winger made 35 appearances for Ajax over the course of the season, scoring eight times and providing 21 assists, and Ten Hag has enjoyed having Ziyech at his disposal.

He admits that Ziyech can be a little different to other players, which can make him a nightmare, however he believes the Moroccan has grown with Ajax and been a key part of the club's success. 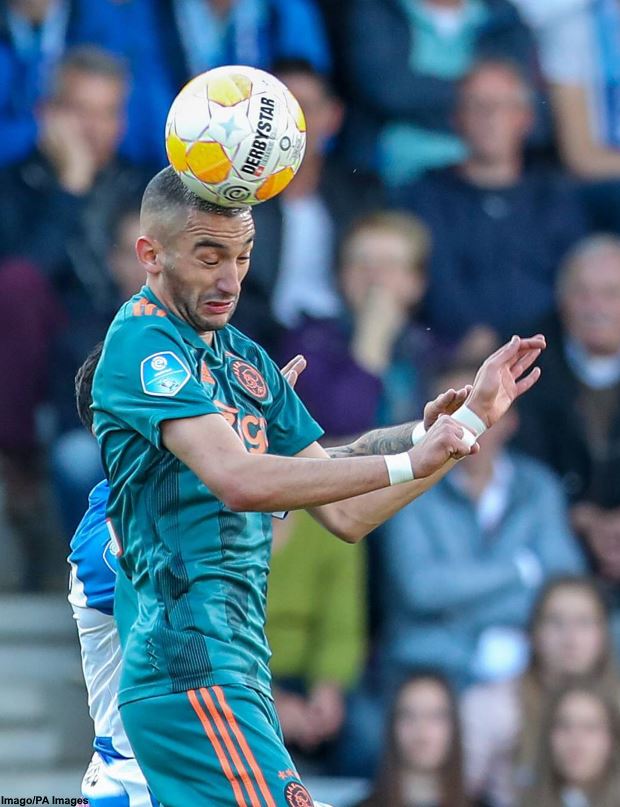 "He sees things that others don't see, but sometimes it's a coach's nightmare.

"You have to give such players space.


"If they act with responsibility, you can see wha kind of development that can have.

"So he took Ajax by the hand and we were very successful together", the Ajax coach added.

Ziyech won the Eredivisie title and the Dutch Cup at Ajax, while he also helped the club reach the Europa League final, where they lost against Manchester United.

The 27-year-old will now be looking to hit the ground running at Chelsea, while Ten Haag will have to make do without him next season.