Rangers legend Neil McCann has stressed the significance of James Tavernier and Borna Barisic to the Gers, drawing parallels with Trent Alexander-Arnold and Andrew Robertson at Liverpool.

The Light Blues extended their league winning streak to three games by handing St. Johnstone a 3-0 defeat at Ibrox on Wednesday night.

Starring in the game were Rangers full-backs Tavernier and Barisic, who helped the team keep a third consecutive clean sheet in the league and contributed three goals between them. 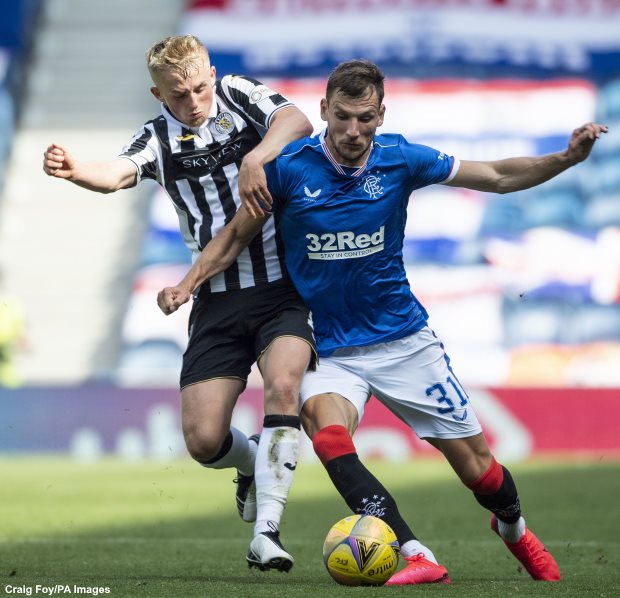 Barisic opened the scoring for the Gers and then provided the assist for Ryan Kent’s goal, while Tavernier set up Joe Aribo’s goal early in the second half.

Impressed with the full-backs’ contributions and quality in the final third, Ibrox great McCann believes they are important to Steven Gerrard’s side in just the same way that Alexander-Arnold and Robertson are to Jurgen Klopp’s Liverpool.

“Their two full-backs are so important to them when they are getting into the high areas, Trent Alexander-Arnold and of course our own Andy Robertson.

“So when you are getting in there, you are always judged on your product and your end product in the final third.

“Those two boys [Barisic and Tavernier] generally come up with quality.“

Tavernier and Barisic provided an assist each in Rangers’ 3-0 win against St. Mirren at the weekend.

Barisic has of late been linked with being wanted by Leeds United.