Former Liverpool left-back Jose Enrique feels Joe Gomez and Joel Matip will form one of the best defensive partnerships in the Premier League.

Jurgen Klopp’s men are tasked with coping without star defender Virgil van Dijk for an extended period of time, with the Dutchman sidelined with a cruciate ligament injury.

Gomez and Matip, when fit, are expected to play in the heart of the Liverpool defence in the absence of Van Dijk and former Reds star Enrique has placed his trust in them. 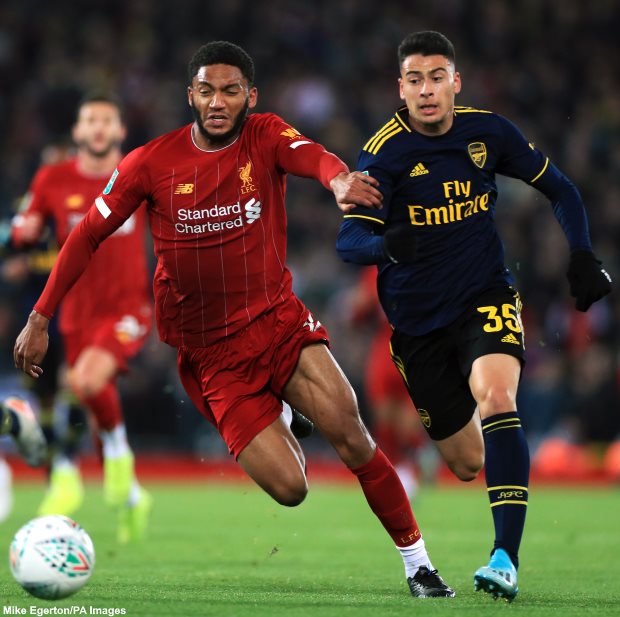 The Spaniard feels the Englishman and the Cameroonian can form one of the best defensive partnerships in the league despite them being yet to start a game together.

Enrique also stressed the need for Liverpool to be optimistic in the face of Van Dijk’s injury setback and hopes to see a positive reaction from the players.

“When you lose one of your best players, or the best player if you want, I hope the players react well to this“, Enrique said on LFC TV.

“But even then we have to be optimistic.

“Obviously, if Matip and Gomez stay fit, tell me a better partnership as well in the Premier League than them.

“It is a very good partnership.“

Liverpool beat Ajax 1-0 in their first game following Van Dijk’s injury and will be looking for a similar result when they host Sheffield United on Saturday.