Arsenal legend Ian Wright has insisted that for a player of his age Bukayo Saka has been given too much responsibility in the Gunners side and the youngster is now feeling the pressure.

The 19-year-old winger has been a bright spark in the Arsenal side since he broke into the team and is now one of the most important players in the Gunners squad.

But Saka has been picked out for criticism for his inability to track Adama Traore’s run that led to Wolves’ first goal in Arsenal’s 2-1 defeat at the Emirates on Sunday. 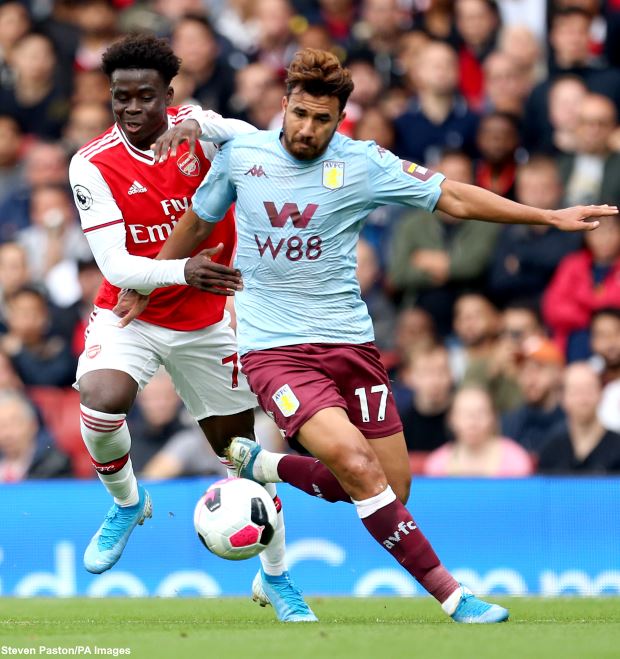 Wright indicated that it is time to get off the back of the youngster as he feels the winger is being asked to do too much for his age.

He insisted that Saka still has a lot to learn and he is being asked to develop at a rapid pace in a team who are lacking in confidence and are in transition.

The former striker indicated that it is already too much pressure for a 19-year-old to be to the focal point of Arsenal’s attack.

Wright said on Premier League TV: “We are talking about a youngster who has the onus to create for Arsenal and defend.

“With him getting into the England squad as well, there seems to be a lot more responsibility on him and he is supposed to know at this stage of his career.

“But I think he is under a lot of pressure.

“He has dealt with it up to this point but we are seeing in certain instances that he has still got a lot to learn.

“We know what he is capable of doing going forward and we will see that as time goes by, but he is still learning his trade and he is learning his trade in a team that seem low on confidence and are in transition as a club and in what we are trying to do.

“And he is at the moment one of the focal points with respect to creativity.

“This is a lot for him to handle and carry at the minute.”

Saka will be looking to feature in the team when Arsenal cross the north London divide to visit Tottenham next Sunday.