Celtic legend John Hartson has raised the question of whether Gavin Strachan and John Kennedy are helping boss Neil Lennon, but admits that regardless, a change is now needed in the dugout.

Being held to a 0-0 draw at home by Livingston on Saturday means that Celtic are now 20 points behind Rangers in the Scottish Premiership, with two games in hand on the Gers.

A number of Celtic fans are keen for Lennon to be shown the door and Hartson feels that given the importance of the season and where the Bhoys are compared to Rangers, it is right for a change to be made. 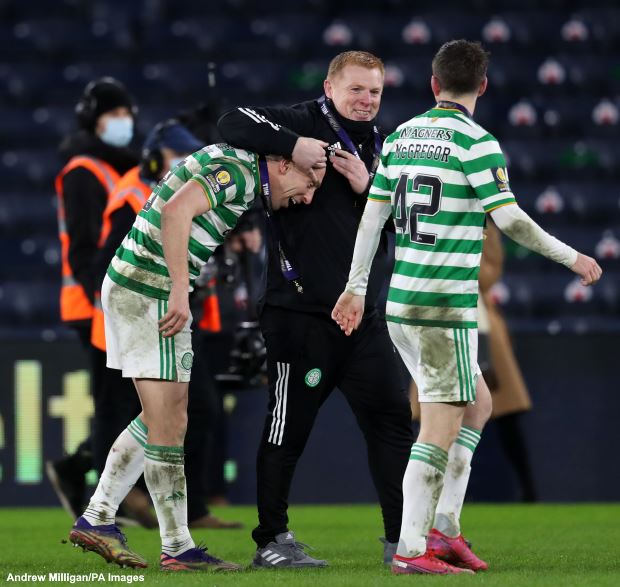 However, he is frustrated at a lack of transparency and questioned whether assistant Kennedy and first team coach Strachan are helping Lennon and whether the manager wanted one of his own men appointing.

“You can talk about the staff. What does Gavin Strachan do? What does John Kennedy do? Are they helping Neil?”, Hartson said on the Celtic Ten10 Podcast.

“Or are the board deciding who he works with? We don’t know half of these things.”

Hartson admits that players he played with at Celtic, along with himself, were delighted when Lennon was given the job and enjoyed instant success.

He feels now though that a change is needed.

“We all love Neil Lennon, we all want him to succeed and we were all delighted when he brought home the quadruple treble.

“But I do genuinely think, the situation in the league and what it was about this season, a change is needed and it’s needed from bottom right the way up to top. I really do.”

Celtic next play Livingston again, away from home, on Wednesday night as they look to cut the gap to Rangers.