Former Celtic star Alan Rough has insisted that Scott Brown will force the rest of the Aberdeen dressing room to raise their game because of his personality.

Brown has agreed to move to Aberdeen on a free transfer in the summer after spending 14 years at Celtic and winning 23 major trophies; he won a trophy on average every 28 games.

The midfielder indicated on Thursday that the uncertainly surrounding the identity of the next Celtic manager played a role in his decision to move to Aberdeen. 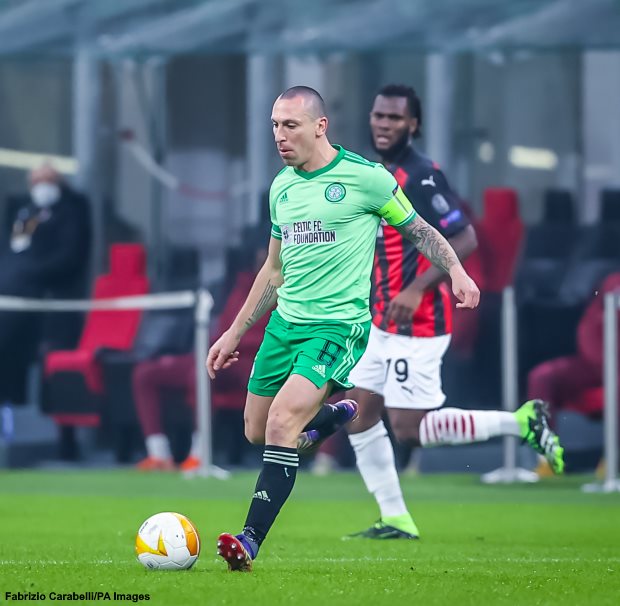 But Rough stressed that Aberdeen are getting a player who will be an instant leader inside their dressing room due to his winning mentality and he will raise the game of his team-mates.

He also feels the Aberdeen fans will love the commitment Brown will bring to the pitch and his will to win for his club and team-mates.

The former goalkeeper said on PLZ Soccer: “They are going to get a leader.

“And that’s what the fans are going to get.

“They will get somebody on the park who is going to go into 50-50s to win it for the club and for his team-mates.

Brown is not only joining Aberdeen as a player but will also be part of Stephen Glass’ coaching staff as he starts to transition into the dugout.