Alex Rae has insisted that Celtic’s decision to not sell Odsonne Edouard and Kristoffer Ajer last summer has backfired as their values have come down a year down the line.

Edouard and Ajer are two of the top stars who are expected to leave Celtic in the summer following a disappointing season.

With only a year left on their respective deals, Celtic are unlikely to command the kind of money this summer that they could have demanded last summer. 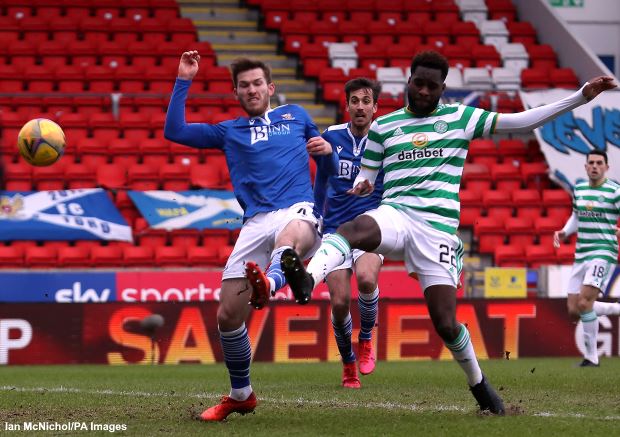 Both players attracted interest last year, but Celtic decided against selling the pair as they wanted to throw their weight at winning a tenth league title in a row with their best players.

But that dream came to an end with Rangers dominating the season and Rae conceded that they could have got big money last summer for those two players and Ryan Christie.

He admitted that the decision to keep those players at Celtic has now come back to haunt them ahead of the next transfer window.

Rae said on Clyde 1’s Superscoreboard: “If you go back to the start of the season, I think if you asked most Celtic fans they would have been delirious with the transfer window.

“They said it was the best transfer window in many a year. They managed to keep hold of all their assets.

“We are standing here one year down the line and the benefit of hindsight but some of the assets who Celtic had with two years on their contract still remaining Edouard – they could have got an absolute fortune for, Christie and Ajer.

“These are guys whose value has really depreciated and they threw everything at it and it really has backfired.”

Celtic are yet to appoint a manager and a director of football who will be tasked with the job of finding replacements for Edouard and Ajer if and when they leave this summer.