Stewart Robson has stressed that Ben White needs to be a dominant centre-back for Arsenal given the fee they paid to sign him and has questioned whether he has been physically strong enough on the pitch.

White arrived at the Emirates Stadium from Premier League rivals Brighton & Hove Albion for a fee in the £50m range in the summer.

The defender struggled with his form at the start of the season but has since slowly started stepping up and has played a key role in helping Arsenal string together an eight-game unbeaten run in the league. 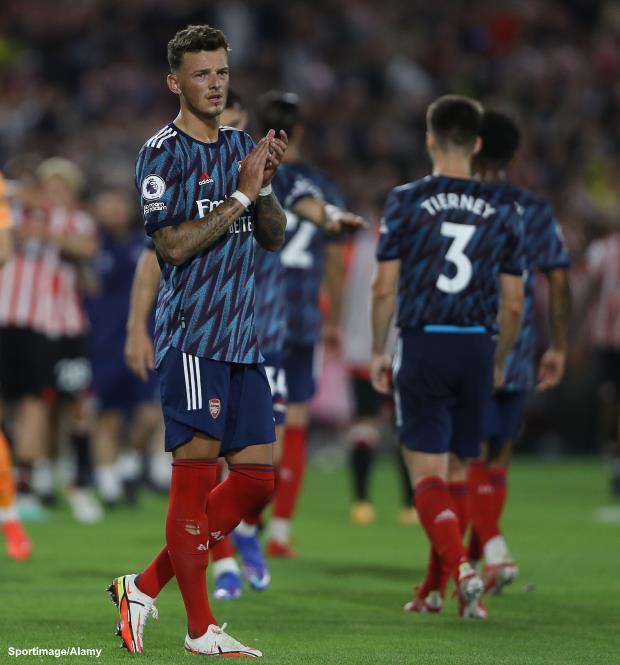 Former Gunners star Robson sees White as good player, but stressed the need for him to become a dominant force in the Arsenal backline now, given the cash they splashed on him in the summer.

Although Robson can see White having some of the qualities needed to be a top centre-back, he has questioned whether the 24-year-old has been physically strong enough for Arsenal on the pitch.

Asked whether he thinks White has found his feet at Arsenal, Robson told Off the Ball: “Yes, I mean when you are paying that sort of money for a centre-back and you look at the other centre-backs Arsenal had, he has got to be the leader.

“He has got to come to the fore straight away.

“You cannot say well in two, or three-years’ time he will be a good player.

“He has to come and play well for Arsenal now.

“I think he has got a couple of these attributes, but I would still question whether physically he has been strong enough, particularly at the start of the season.

“I think he is a good player; he should get better but he needs to be a dominant centre-half at the moment.”

The Gunners are up for a tough challenge at the weekend when they travel to Merseyside to take on Liverpool at Anfield in the league.