Danny Murphy has warned Manchester United that Mauricio Pochettino, who has been linked with the job at Old Trafford, is unproven at a top club and would represent a risk for the Red Devils.

The Red Devils are on the hunt for a new manager having shown Ole Gunnar Solskjaer the exit door on Sunday following a humiliating 4-1 defeat at the hands of Premier League new boys Watford at the weekend.

Paris Saint-Germain coach Pochettino is among the names currently linked with the Old Trafford hot-seat and it is claimed he is open to joining Manchester United, with Sir Alex Ferguson also reportedly backing the move. 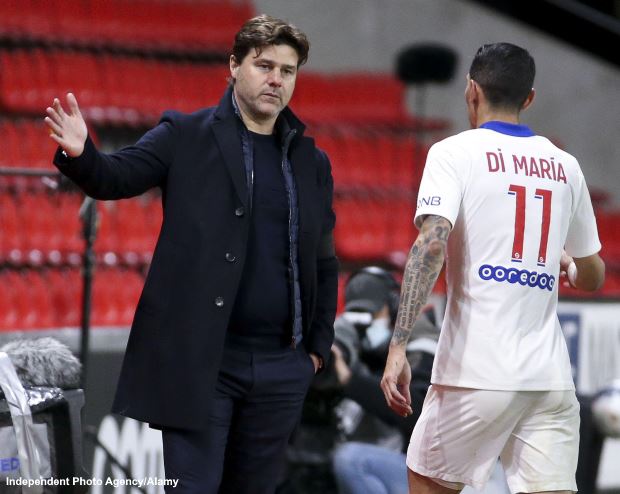 However, ex-top flight star Murphy is of the view that Pochettino is still unproven at big clubs when it comes to winning trophies and managing the biggest stars, and highlighted that he has also struggled in his current post at the Parc des Princes.

“For me he is a manager who is yet to be proven at a top-level club, winning things consistently”, Murphy told talkSPORT.

“He made Tottenham into a competitive side by coaching players well, making them better collectively and individually did a great job at Spurs with players who wanted to be coached, wanted to be better.

“He is going to be walking in [to Manchester United] as he is at PSG, where he has struggled a bit to be fair, he cannot seem to integrate the front three [of Neymar, Kylian Mbappe and Lionel Messi] together, this perfect front three.”

“I like him, but no [I personally would not go all out for Pochettino right now] because it is a risk.

“He is yet to show that he can deal with top quality international players over a period of time and win things.

“[If I had a choice to either go all out for Pochettino or hire an interim boss] I would go interim.”

Manchester United have given Michael Carrick the temporary reins at the club as caretaker boss as they step up efforts to find a successor to Solskjaer.