Garth Crooks is of the view that new Tottenham Hotspur boss Antonio Conte has an enormous around of work to do at the club, but feels he has the right player in Pierre-Emile Hojbjerg to build his team around.

Conte took the reins at Spurs earlier this month, replacing Nuno Espirito Santo, who was shown the exit door following a poor run of results.

The Italian got his first Premier League win as Tottenham boss on Sunday as Spurs came back from a goal down to clinch a 2-1 win with an inspired second half performance against visitors Leeds United. 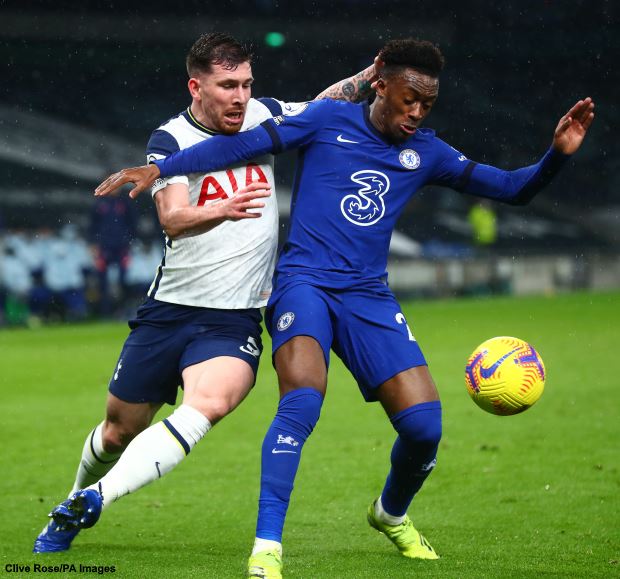 Former Spurs star Crooks is of the view that Conte has a lot of work to do in his new post, but stressed his CV suggests he has everything to succeed at his new club.

Crooks picked out Tottenham midfielder Hojbjerg as one man Conte could build his team around as he has all the qualities the Italian looks for in a player.

“I don’t for one minute doubt Antonio Conte’s credentials and if you had read the Crooks of Matter [column] recently, you would know why”, former Spurs man Crooks wrote in his BBC Sport column.

“The issue is Conte has an enormous amount of work to do at Spurs.

“However, he could do much worse than start building his team around the likes of Pierre-Emile Hojbjerg.

“The Denmark international is a serious, no-nonsense individual who appears to have all the characteristics Conte admires.

“The Italian manager’s passion for the game and will to win is compelling.

“It will take some time before Spurs can match that and that’s why he needs time.”

After getting their first league win under Conte, Spurs will now turn their attention towards continental football on Thursday as they gear up to take on NS Mura in the Europa Conference League.