Rangers hitman Fashion Sakala has revealed that new first team coach Roy McKaay, who is an ex-striker, is always helping him out in training with extra sessions to further sharpen his skills in front of goal.

Sakala is among the last batch of Gers recruits former boss Steven Gerrard made at the club before he left to take over at Premier League side Aston Villa.

Gerrard’s successor Giovanni van Bronckhorst has a new backroom staff to support him at Ibrox and the likes of Sakala are working hard on the training pitch alongside first team coach McKaay as they continue to adapt to the Dutchman’s style of play. 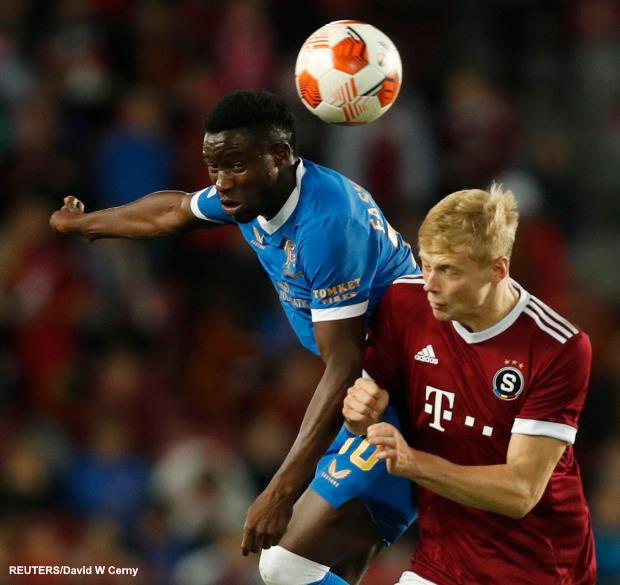 McKaay was a striker during his player career and Sakala revealed he is giving him extra training to further raise his game in front of goal.

Sakala added that he has cultivated a really positive relationship with McKaay and is excited to further learn from him as the season progresses.

Asked how much he is looking forward to learning more from McKaay, Sakala told Rangers TV: “Yes, it is very exciting.

“I like the way he is responding to my smiles on the pitch [during] training.

“He is always there for me, giving me extra training, showing me how to shoot and stuff like that.

“So, I am really enjoying [working with him].

“I am having a good time with him and I hope to learn from him.”

Sakala, who is yet to start a game under Van Bronckhorst, will be determined to earn his new boss’ trust soon and earn a place in the first team.