The Gunners take on Tottenham in the north London derby on Thursday and will head into the game four points better off after beating Leeds United.

Even if Tottenham beat Arsenal then they will still not control their destiny and will need help from other sides, but Defoe sees two tough games on the horizon for the Gunners. 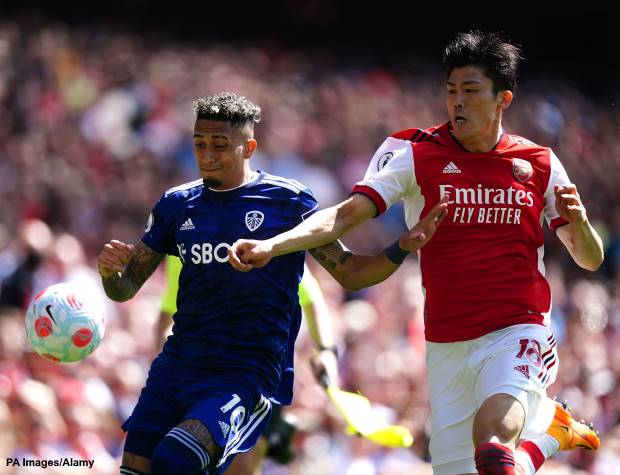 Defoe thinks the game against Newcastle and Everton are potential banana skins for the Gunners and he fancies Spurs themselves to win their last two games to pile pressure on their rivals.

The former Spurs star highlighted Everton’s pick-up and Newcastle’s improvement under manager Eddie Howe as the reasons the Gunners will face a tough challenge on the last two matchdays.

“Everton, with their record at home and fighting to stay in the league and a Newcastle team that’s improved under Eddie Howe, tough team to play against.

“Speaking of intensity, I’ve worked under Eddie and [look at] how fit he’s got the team.

“So those two teams are really difficult.

“Burnley at home, Norwich away, I fancy Tottenham to win those games.”

Arsenal have now won their last four league games in a row, hitting form at a vital time, but Tottenham will hope to check the progress on Thursday.