Aberdeen manager Jim Goodwin has admitted that it is funny to hear Celtic and Rangers complain about financial gulfs with the European elite when they are so far ahead of the other teams in Scotland.

Celtic were handed out a 3-0 defeat by Real Madrid at home on Tuesday night in the Champions League and Rangers were hammered by Ajax on Wednesday evening in Amsterdam.

Rangers boss Giovanni van Bronckhorst said after the game that the Scottish giants just cannot compete with the financial might of the European elite. 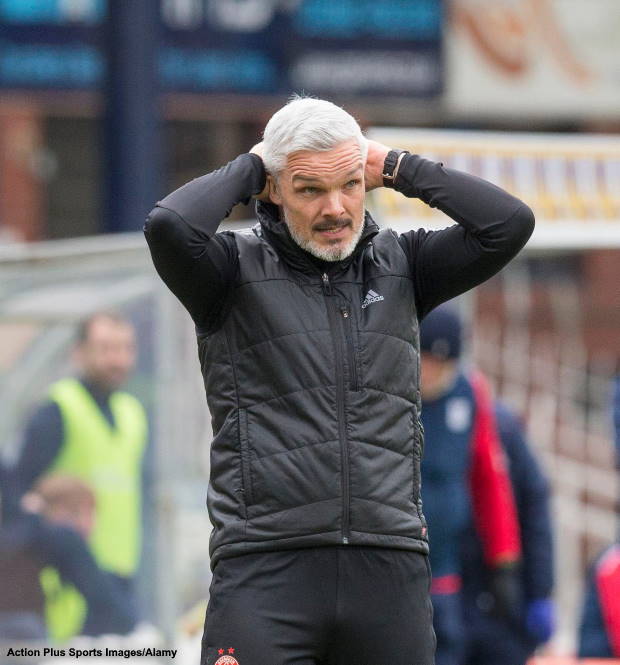 Goodwin however feels that whenever anyone from Rangers or Celtic talks about their financial disadvantage when compared to other top teams of Europe, they should look closer home.

He stressed that the other ten Premiership clubs feel the same way about Celtic and Rangers and conceded that even Aberdeen cannot compete with the Old Firm at a financial level.

Goodwin told Sky Sports Scotland: “I always find it funny when managers from the other side of the Old Firm come out and talk about financial gulfs.

“I mean welcome to the world of the other ten Premier League [Scottish Premiership] clubs.

“It is what it is at the end of the day.

“I think here at Aberdeen I have got good resources available to me but of course, not at the same level to what Rangers and Celtic available to them.

“We make do what is available.”

Aberdeen will host Rangers at Pittodrie on Saturday before the Gers take on Napoli next Tuesday night and will be looking to inflict another damaging defeat on Van Bronckhorst’s men.