I Told Club This – Bruno Fernandes On Potential New Contract

Bruno Fernandes has revealed that he made it clear to Manchester United that he wants to see the club competing for top trophies before agreeing to sign a new contract.

Fernandes has been one of the most important players for the Red Devils since he joined the club in January 2020.

With Harry Maguire losing his place in the team, Fernandes is now the on-field captain for Manchester United under Erik ten Hag and has not started just one game this season. 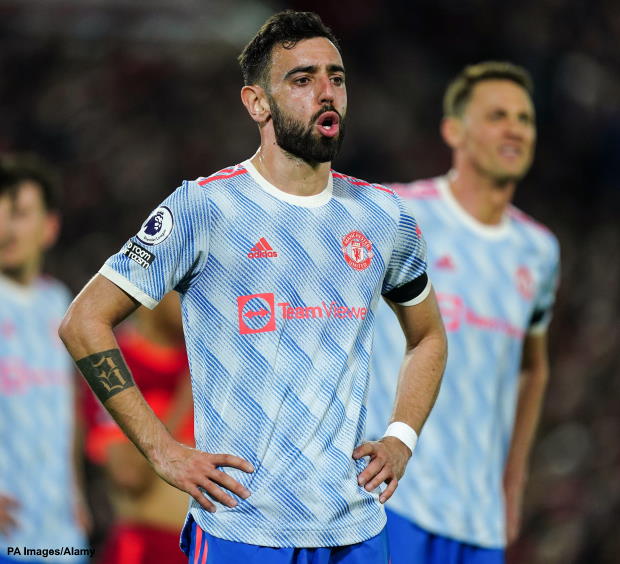 Manchester United are keen to see him sign an improved contract, but Fernandes insisted that he made his points clear to John Murtough and Darren Fletcher.

The midfielder stressed that he is happy at Old Trafford but he wants to see Manchester United compete for the biggest trophies going forward.

He conceded that it will take time, but the Portuguese is happy to see Manchester United invest heavily in the recently concluded transfer window, which showed their ambition.

Fernandes told The Athletic when asked about his new contract talks: “I said to them, ‘I feel good in the club, it is a dream come true to be here.

“I would like to create stability for myself, for my family but I want to be competitive. I want to win trophies and play against the best’.

“I said, ‘I understand that [it will take time to compete for the top honours] but I will be here for five years, and if in four of them, or three of them, we are fighting for trophies and against the best teams, and in a team that wants to compete, and with a manager who comes and puts his mark, I am OK with that’.

“The club was clear with that. I trust them.

“I think I am getting the rewards of that because the club has made a mark on the market. They signed players with big qualities and big names.”

Fernandes still has close to four years left on his current contract with Manchester United having an option of another year.