Leeds United legend Eddie Gray has stressed that Raphinha’s work rate has improved over the course of the season and he is playing much better now compared to when he first arrived in the summer transfer window.

Raphinha has emerged as one of the signings of the season in the Premier League and has powered Leeds’ rise to tenth in the league table over the course of the last few months.

While he did not get an assist or a goal on Monday night, the Brazilian was brilliant in Leeds’ 2-0 win over Crystal Palace at Elland Road. 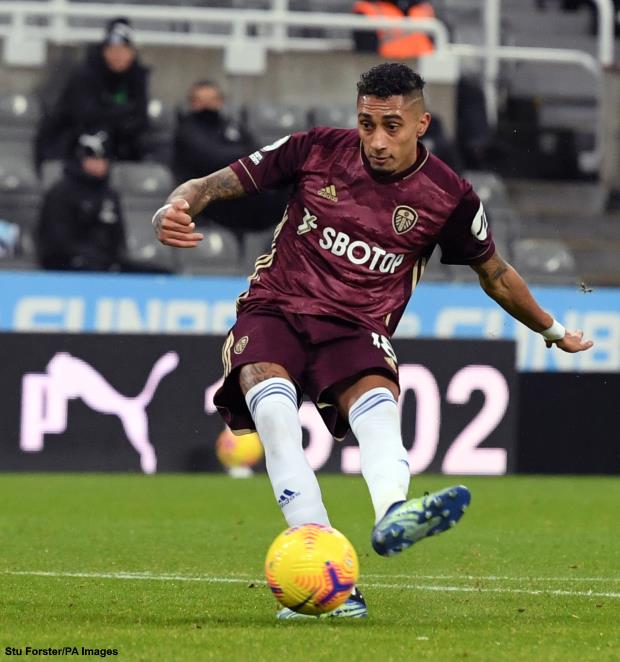 The Brazilian’s performances have seen him linked with a potential move away, but Gray indicated that he did not look this great when he arrived at Leeds last summer.

He believes the work ethic and his willingness to help out Leeds defensively was not part of his game when he initially arrived, and the Leeds legend credited the winger for buying into Marcelo Bielsa’s methods.

The former White also feels that the player understands that Bielsa will take his game to the next level.

The Leeds legend said on LUTV: “When I looked at Raphinha at the start when he first came in, he is a completely different player now.

“His work ethic is tremendous.

“There was a situation in the second half [against Crystal Palace] when we were attacking and it broke down and he was the first player to get a challenge in and it was 20 yards inside our half.

“He made up around 30 to 40 yards to get back into the defensive area.

“I don’t think you would have seen that from Raphinha at the start, no disrespect to him but I think he has bought into the way the manager wants to play.

“And I think he realises that he is making him a better all-round player.”

Raphinha has scored four and assisted as many goals in the Premier League this season.