Alex Rae is of the view that Rangers winger Ryan Kent is at the top of his game at the moment and lauded him for his stellar display in the Old Firm derby on Sunday.

Kent was on fire against Celtic on Sunday in a Scottish Premiership clash, setting up one goal while Rangers cruised to a 4-1 win.

The winger is fixture in Steven Gerrard’s attacking department and has 12 goals and 14 assists to his name from 50 games across all competitions so far this season. 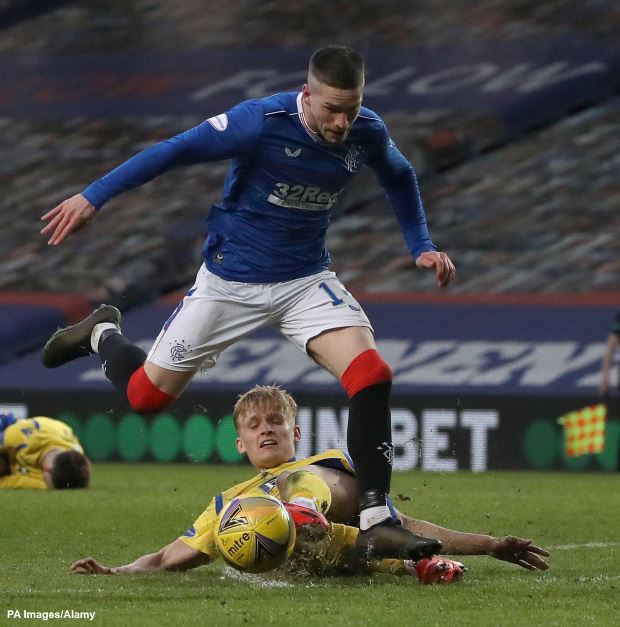 Former Rangers star Rae feels Kent has taken his game up a notch of late as he is at the top of his game at the moment.

Rae highlighted Kent’s performance in his last outing, in which he was unplayable at times, terrorising the Hoops midfield, while being a constant threat in the final third.

“He was terrorising, he was picking up pockets, terrorising the Celtic midfield.

“And he is just really at the top of his game at the moment.”

There has been suggestions that Kent could arouse the interest of potential suitors from elsewhere in the upcoming summer transfer window owing to his performances on the pitch this season.