Former Rangers star Steven Smith has heaped praise on James Tavernier for his winner against St. Johnstone and insisted that no word can do justice to the goal.

The Light Blues returned to the top of the Scottish Premiership table with a hard-earned 2-1 victory over St. Johnstone on Saturday, with Kemar Roofe and Tavernier finding the back of the net.

Roofe nullified St. Johnstone’s opener from the spot in the 58th minute of the game, while Tavernier sealed the three points for Rangers with a stunning strike from outside of the box. 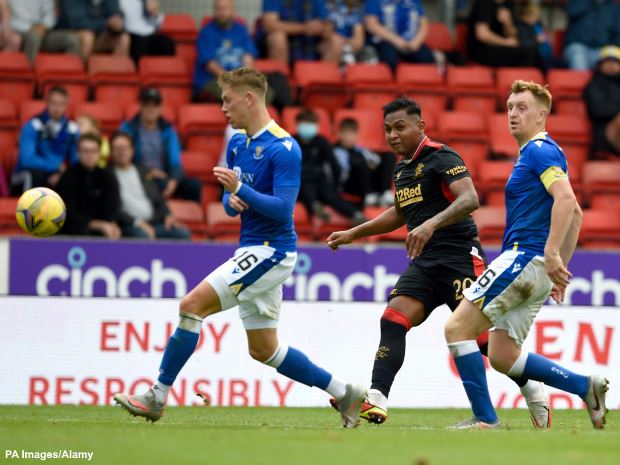 The Gers captain picked up the ball outside of the box in the 79th minute of the match and found the top left corner in astonishing fashion, giving Saints goalkeeper Zander Clark no chance.

Smith, who was left impressed with the strike, has insisted that there is no word that can do justice to the goal and hailed Tavernier for his winner against St. Johnstone.

“I don’t think there’s any word that could do it justice.

“Just from the angle and the position that he picks the ball up and to produce a finish like that is just exceptional.“

Smith also hailed Tavernier for taking responsibility as the Rangers captain and finding a way to earn his side the three points away at St. Johnstone on Saturday.

“It is 80 minutes in the game when you know as a team you have to find a way to win and your captain receives possession“, Smith added.

“He takes responsibility as we always mention and steps up to the mark and produces a brilliant moment for the team to get all three points.“

The winner against St. Johnstone was Tavernier’s first goal of the season across all competitions, while the right-back has provided four assists so far.