Jamie Shackleton has insisted there is no better place to continue improving his game than Leeds United with the number of quality international players that have raised the standards at Elland Road.

Marcelo Bielsa’s arrival at Leeds has raised the standards across the board at the club, with the Whites recruiting and producing more international players.

Bamford is the latest Leeds player to earn an international cap, and Shackleton has been making the best of the opportunity to share the pitch with players that have played at the highest level for their country to improve himself. 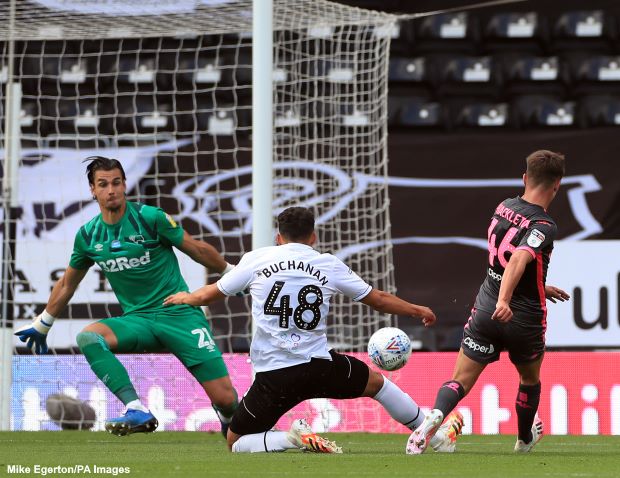 Shackleton has insisted there is no better team for him to develop his game at than Leeds at the moment with the quality players they have in their ranks, that inspire, challenge and help him improve every day.

The Whites star added that his team are not far off from being completely composed of internationals and stressed it is brilliant training with them, especially Phillips and Bamford.

Asked how much of an inspiration Phillips and Bamford are to him with both of them being internationals, Shackleton said on BBC Radio Leeds: “It is brilliant, yes.

“Training with, it is not far off full team of internationals, not just Kalvin and Pat, we have got quite a lot of players that play at the highest level on the international stage.

“So, there is not really a better place to be training, and learning and challenging yourself against, so it has been brilliant.”

Shackleton is determined to cement a starting role at Leeds this term and is hoping to play as regularly as he can for them this season.