Rangers legend Barry Ferguson is convinced that several clubs in England will be looking closely at Joe Aribo given his performances for the Gers.

Aribo joined Rangers from Charlton in 2019 on a free transfer and has only gone from strength to strength in the last two years with the club.

He is one of the first names on the team sheet for Steven Gerrard and played a major role in Rangers winning the Scottish Premiership last season. 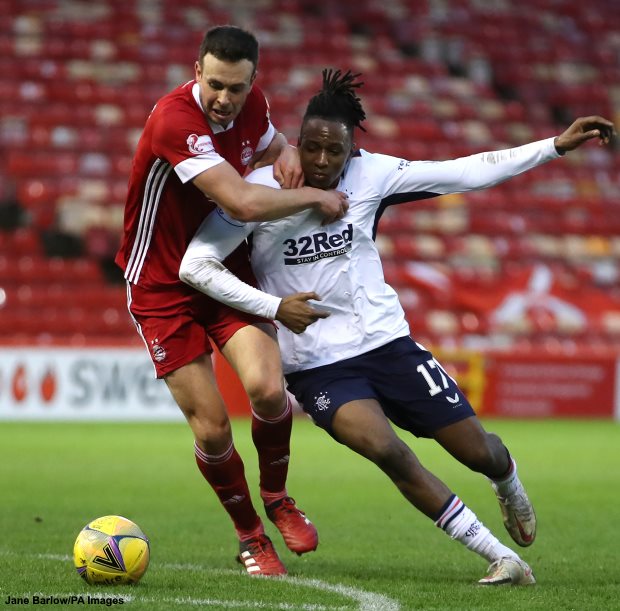 Aribo provided the assist for Fashion Sakala’s goal in Rangers’ 1-1 draw against Motherwell on Sunday and Ferguson feels he was the most impressive performer for the Gers at the weekend.

The Rangers legend stressed that Aribo is getting better with each passing game and is certain that clubs in England will soon turn their eyes towards the Rangers star with a view to signing him.

Ferguson said on the Go Radio Football Show: “I just feel Joe Aribo is getting better and better with each game I see.

“A lot of people talk about Ryan Kent and [Alfredo] Morelos.

“I think Aribo is one player a lot of clubs down south will be looking closely at.”

Aribo, who has made more than 100 appearances for Rangers, has two years left on his contract with Rangers.