Trevor Sinclair is of the view that Liverpool are favourites going into their Premier League clash against Manchester United, but stressed that Reds centre-back Virgil van Dijk is showing cracks in his armour.

The Merseyside giants are the only unbeaten team in the top flight this season after eight rounds of games and are currently flying high in second place, just a point off leaders Chelsea.

A tough challenge awaits Liverpool on Sunday in the league as they are set to travel to Old Trafford to take on Manchester United. 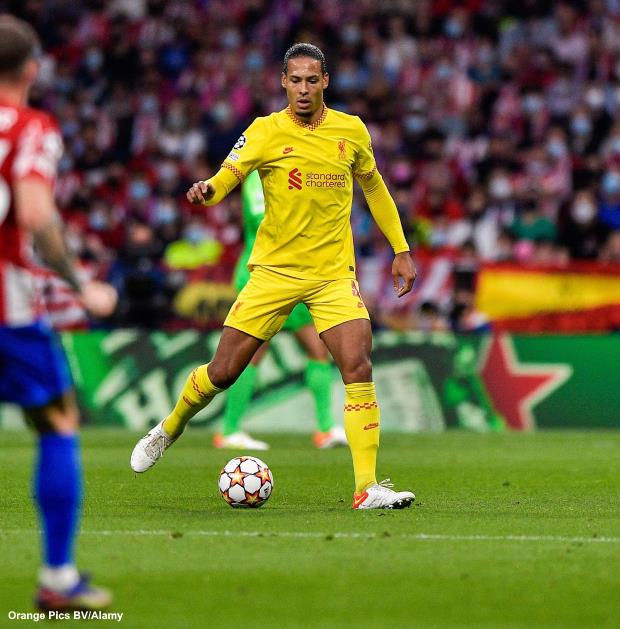 Ex-top flight star Sinclair is of the view that Liverpool are favourites to get the win against Manchester United, but stressed he would not be surprised if the home team end the visitors’ undefeated streak.

However, Sinclair explained that even though Liverpool are lethal going forward, they have developed chinks in their armour, pointing to centre-back Van Dijk, who in his opinion is yet to get back to his best having returned to the pitch following last term’s season-ending injury.

“You look at the quality going forward, Mo Salah, [Roberto] Firmino getting his hat-trick I think that you look at it and say Liverpool are going to be favourites”, Sinclair said on talkSPORT, while discussing Liverpool’s upcoming clash against Manchester United.

“They are right up there, top of the table, second, they have been in excellent form this season but there have been a few chinks, especially in that game against Atletico with the defence.

“It think Virgil van Dijk is showing a couple little cracks in his armour where he is not back to the same level he was before his injury.

“But in general, you would say Liverpool would fancy going there and winning that game.

Manchester United only managed one point from their last three league outings and Liverpool will be determined to pile the misery on them with a win come Sunday.