Patrick Bamford has revealed the Leeds United players instantly saw Joe Gelhardt had the quality to fit into the first team and are delighted to see him doing well due to the work he puts in during training.

Gelhardt produced a sparkling cameo against Wolves to rescue a point for Leeds at Elland Road last weekend, when the Whites looked set for defeat.

The 19-year-old striker is considered one of the most exciting talents at Leeds at the moment and has regularly been training with Marcelo Bielsa’s first team. 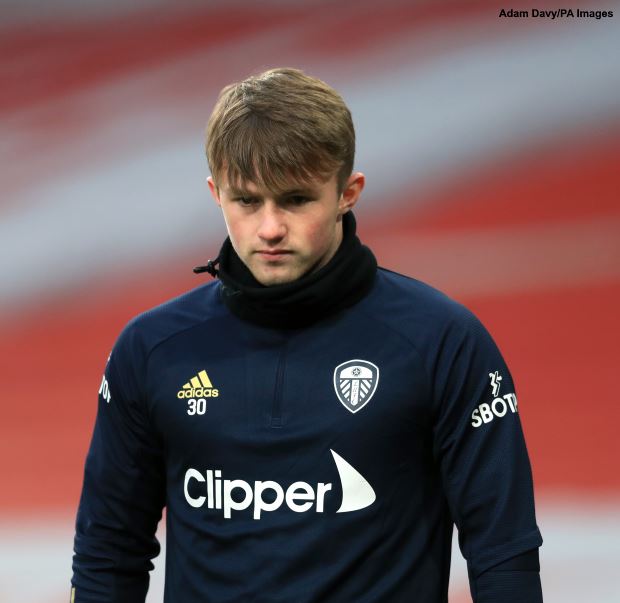 Bamford admitted that since Bielsa took charge of the club, Leeds first-team players are used to training with very young players from the academy regularly and know when someone is able to be accepted quickly, which Gelhardt was.

He stressed that the Leeds first-team players feel happy for youngsters such as Gelhardt when they do well because they are aware of the hard work and sacrifices they do in order to serve the senior squad behind the scenes.

Bamford said on the Official Leeds United Podcast: “Ever since we have been working under Marcelo there have been youngsters, 16-year-olds and maybe even been 15-year-olds who have trained with us throughout the years.

“There is always a variety of youngsters coming in and out of training when we need them so we get a good look at them and you can tell straight away the ones who are kind of going to be accepted by the group quickly and kind of fit in.

“And Joffy [Gelhardt] was one of them.

“Everyone is buzzing for him not only because of the fact that he rescued a point for us but the fact they have to do so much hard work behind the scenes with the Under-23s because sometimes maybe their training sessions and plans get interrupted because they come in to supplement the first team.

“The players understand that and are kind of happy when they get involved and even better when they do stuff like that.”

Bielsa has never shied away from giving youngsters a chance with Cody Drameh making his debut against Arsenal on Tuesday night in the EFL Cup.