Former Leeds United star Jermaine Beckford has admitted that he has been pleasantly surprised at the way Adam Forshaw has played since returning from his long injury layoff.

The 30-year-old midfielder made his way back into the Leeds starting eleven this season after being out for close to two years with a back and hip injury.

The midfielder has started the last two Premier League games and has managed to look comfortable in the middle of the park despite playing little football over the last two years. 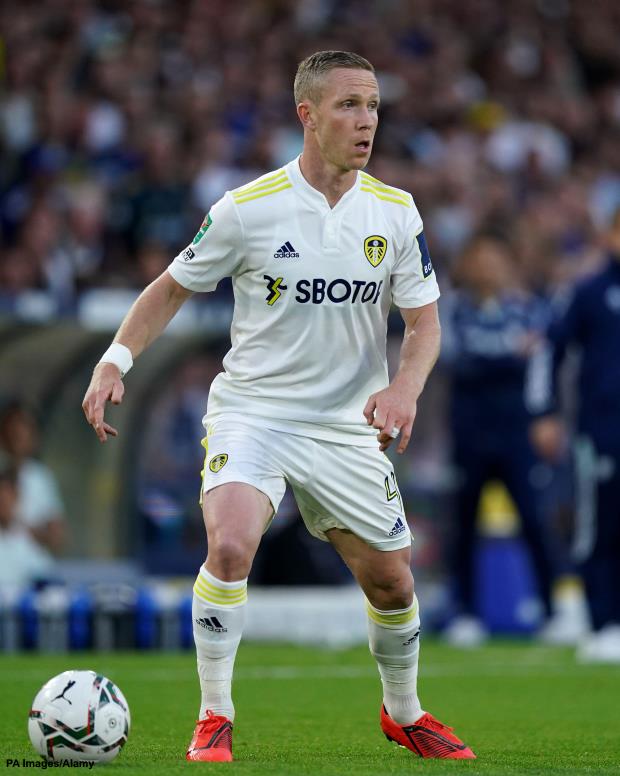 Beckford admitted that he is delighted to see the way Forshaw has performed since getting back into the team and the way he has been dictating play from midfield.

He stressed that Forshaw’s return has allowed Leeds to be a bit more flexible with Kalvin Phillips’ position in the starting eleven and conceded that the level of his performances has been pleasantly surprising given his injury struggles.

The former White said on the Official Leeds United Podcast: “I was absolutely over the moon with Adam Forshaw.

“Initially, when I saw Kalvin was playing in a back three almost, there was a part of me that was concerned because of what we saw last season.

“Every time we have taken him out of the middle and put him in defence, it kind of disjointed a lot of the other players around him, but this time when he was in there we had somebody to fill that void and do just a good a job as Kalvin.

“I was pleasantly surprised and I am really pleased for him to come through and play for as long as he did.”

Forshaw is likely to start when Leeds take on Brighton away from home in the Premier League on Saturday.