Leeds United star Luke Ayling is of the view that the international breaks have not helped the Whites to get into their rhythm early in the season.

They have a two-point cushion over teams in the relegation zone but are desperate to turn their form around in order to get away from the dreaded drop zone. 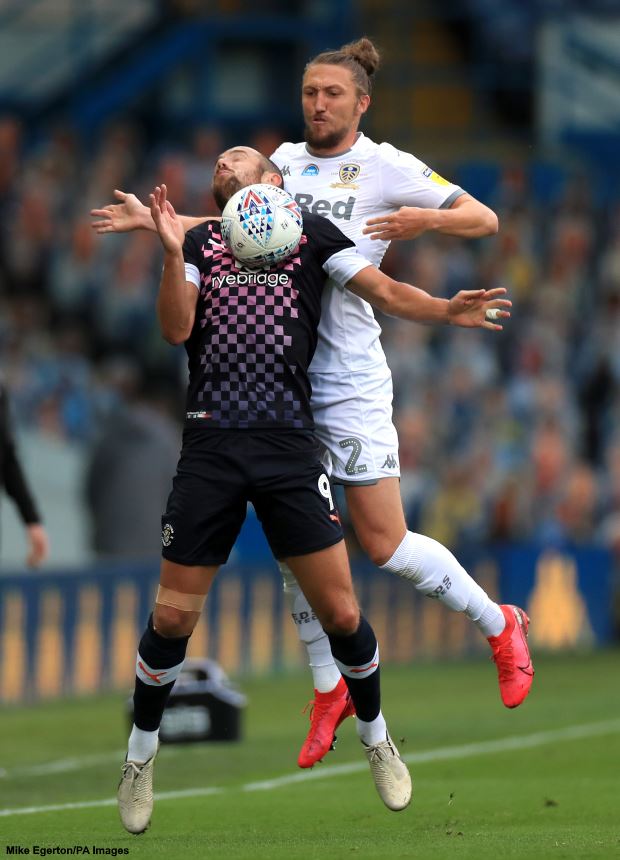 Ayling feels one of the reasons the Leeds players have looked out of sorts is the frequent international breaks at the start of the season as their style of play requires a certain rhythm.

He believes the constant disruptions have not helped as the players are used to playing a massive amount of games but have only played 12 in the Premier League in the first three months.

The Leeds star is certain that the form will improve now that the league season will get into a good rhythm over the next few months with no international breaks on the horizon.

“I do feel like the breaks are quite a big factor”, Ayling told The Athletic.

“We get into a rhythm but then guys are away for a couple of weeks.

“Our style of training and how we do things, it’s completely different to any other manager.

“Players go away and don’t train as much or eat differently from how we eat here.

“Then they come back and it’s like starting again.

“Our rhythm’s pretty important for us.

“We’ve played, what, 12 games since August and it’s not enough. A lot of us boys are used to 50 games in the Championship, playing week in, week out. That’s what I like.

“You can’t pretend that any player likes to be down there [in the table] but I’d say the performances have been going in the right direction.”

Leeds have won just two of their opening 12 league games and have lost five thus far.