This Is What I Told Joe Gelhardt To Do At Spurs, Admits Leeds United Star

Leeds United star Patrick Bamford believes that young Joe Gelhardt was unbelievable in the way he led the line against Tottenham Hotspur on Sunday.

Gelhardt got his first start in the Premier League for Leeds in their 2-1 defeat at Tottenham last weekend.

The 19-year-old striker led the line well in the absence of Bamford, who has been nursing an injury and put in an impressive performance despite looking a bit tired towards the end of the game. 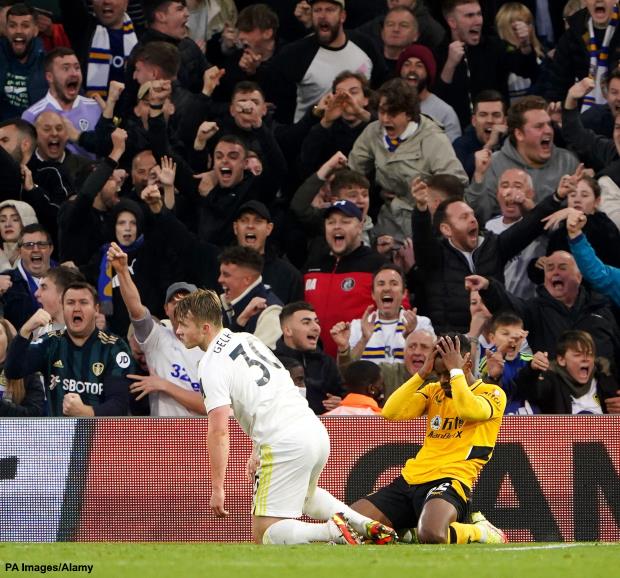 Bamford revealed that ahead of the game he advised the youngster to go for his shots as much as possible and believes he led the line brilliantly for Leeds until he started tiring after the hour mark.

The Whites forward also admitted that after the game he did tell Gelhardt that he needed to get inside the penalty box more but believes he looked adept in his first Premier League start for Leeds.

The striker said on the Official Leeds United Podcast: “It must have been on Saturday when Joffy found out he was playing and I said to him whatever you do just shoot.

“Whenever you get the ball just shoot, doesn’t matter if you miss but just keep shooting.

“And I thought until his legs went around the 60th minute, he was unbelievable.

“After the game, I was saying to him like you did what you had to do.

“He was strong, held the ball up well but the only thing when you are playing 9, make sure you spend more time in the box.

“He was listening and he was kind of buzzing that he made his first start but the way he played, he looked like started a few games.”

With Bamford still recuperating, it remains to be seen whether Gelhardt starts for Leeds away at Brighton on Saturday.