Has To Be Wayne Rooney For Everton – Darren Bent

Newcastle United assistant manager Jason Tindall has insisted that the coaching staff have no doubt about Joelinton’s ability and is certain that there is more to come from the Brazilian.

The club’s decision to spend big on the Brazilian has often been used as an example as the muddled thinking at Newcastle under the previous owner Mike Ashley.

A forward by nature, Joelinton has scored just eleven times in 92 appearances for Newcastle and the last one came in their 3-3 draw against Brentford last weekend under the new coaching staff. 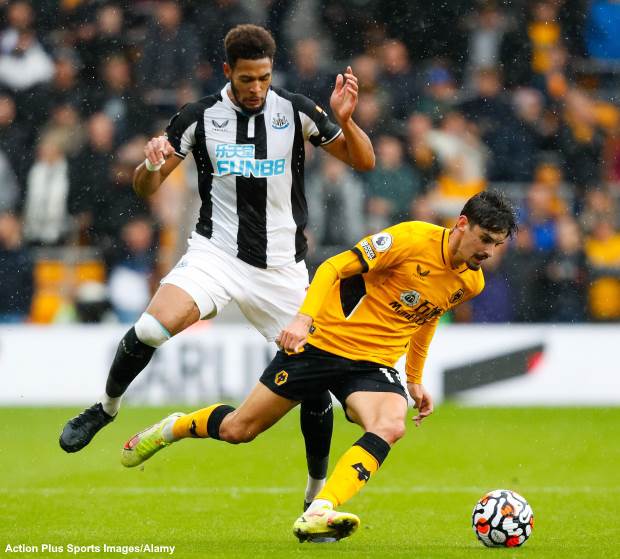 Tindall stressed that after watching the Brazilian in training over the last few weeks, the coaching staff have no doubt that the forward is talented and believes there is more to come from him in a Newcastle shirt.

He said in a press conference: “Ever since we’ve set foot on the training ground, the ability, the talent of Joelinton was there for us to see straight away.

“We believe there’s a lot more to come from him and we believe he will only get better.”

Newcastle are still 19th in the Premier League table but Tindall insisted that the squad are talented and the players have adapted to Eddie Howe’s methods in training.

“It’s a very talented squad and we were very encouraged by the performance against Brentford.

“The first four or five days, perhaps the players felt our demands a bit the day afterwards, but they’ve now adapted a lot better and they’re looking good in training.”

Joelinton is expected to be involved when Newcastle visit the Emirates to take on Arsenal on Saturday.