I Asked My Team, Are We Over-motivating – Leeds Boss Jesse Marsch On Discipline

Leeds United manager Jesse Marsch has insisted that he has always tried to calm down his squad, despite the recent spate of red cards.

The Whites suffered in their last two defeats to Arsenal and Chelsea due to the dismissals of Luke Ayling and Daniel James, respectively, because of their rash tackles.

Leeds have dropped down to the bottom three of the Premier League with just two league games left in the season and are worried about their disciplinary record going into the final stretch. 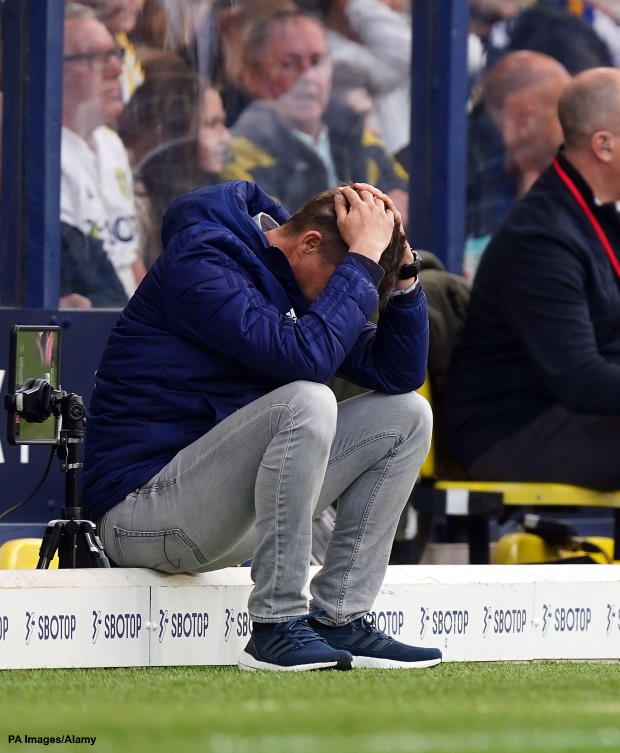 Marsch stressed that he has been discussing the disciplinary issues with his staff, but he is unsure whether his players are being overly motivated.

The Leeds boss insisted that he has been doing nothing but asking them to remain calm and that was his message before the Chelsea game as well.

The American said in a press conference when asked if his players are getting a bit too fired up: “I asked that internally with our coaching staff.

“But even my last talk before Chelsea was calm.

“I’ve tried to have my finger on the pulse of what the team need.”

Leeds will host Brighton in a massive home game at Elland Road on Sunday before travelling to Brentford on the final day of the season.