Former top flight midfielder Andy Townsend has expressed his admiration that Liverpool are still in the hunt for the quadruple ahead of West Ham playing Manchester City, and is sure they will now focus on what is to come.

Jurgen Klopp’s men came through the FA Cup final against Chelsea with a 6-5 win on penalties to win their second piece of silverware of the campaign after the EFL Cup.

While they face a tough task beating Manchester City to the Premier League title, if the Citizens slip up at West Ham United on Sunday the Reds would be hugely encouraged. 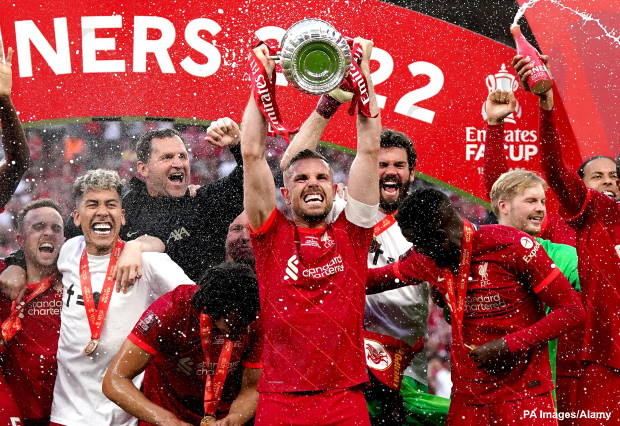 Townsend expressed his admiration for Liverpool, still in the running to win the quadruple, but stressed the Reds will try to focus on the next task at hand, which is Southampton.

“Liverpool have got to focus, they are at Southampton in midweek.

“They will focus on that, but inevitably they will wake up tomorrow and they will feel pretty exhausted, so they’ve got a bit of recovery work to do.

“But today, enjoy it, they’ve worked incredibly hard for it and they’ve claimed the FA Cup.”

Liverpool head to lock horns with Southampton at St Mary’s on Tuesday, but before then title rivals Manchester City are in action on Sunday away at West Ham United in a game the Reds will watch closely.