Rangers legend Kris Boyd has warned that the Gers simply will not be able to compete on wages for Ryan Kent with Leeds United, if the winger does not pen a new deal now.

Kent is now in the final 12 months of his contract at Ibrox and the jury is out on whether Rangers will be able to keep hold of him over the longer term.

The winger has been a key man at Ibrox and played a big role in helping the club win the Scottish Premiership title in 2021, before contributing last term as the Gers reached the Europa League final and won the Scottish Cup. 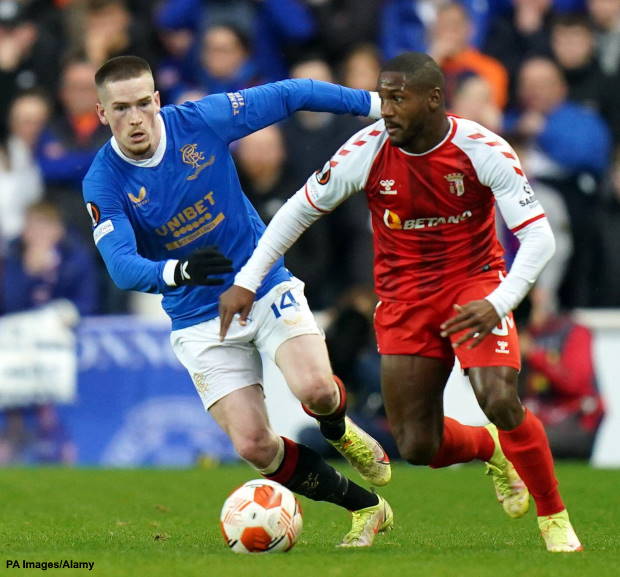 Kent has long been linked with Leeds, where Whites director of football Victor Orta is an admirer, and Boyd feels if the player does not pen a new deal then the Whites could trump any Gers proposal next summer.

The former Rangers man said on Sky Sports News: “Rangers I don’t think would be able to get anywhere near what Leeds could offer Ryan Kent if he could go there say on a free transfer.

“The reality is that Rangers might have to do a few sales this summer so that players don’t leave for nothing next season.

“Yes, there will be players that Rangers will want to keep who are going out of contract, but they won’t be able to keep everybody.”

Kent has clocked a total of 174 appearances for Rangers since joining the club from Liverpool, initially on a loan deal, scoring 30 goals and providing 48 assists.