Nikola Katic has stressed that he cannot take credit for Rangers’ 55th league title despite Steven Gerrard’s praise for building the culture of hard work within the squad.

Katic was not Giovanni van Bronckhorst’s cup of tea and was sold to FC Zurich in the summer after he spent last season on loan at Hajduk Split.

However, the Croatian was an important player under Gerrard and the former Rangers boss was a big fan of the defender. 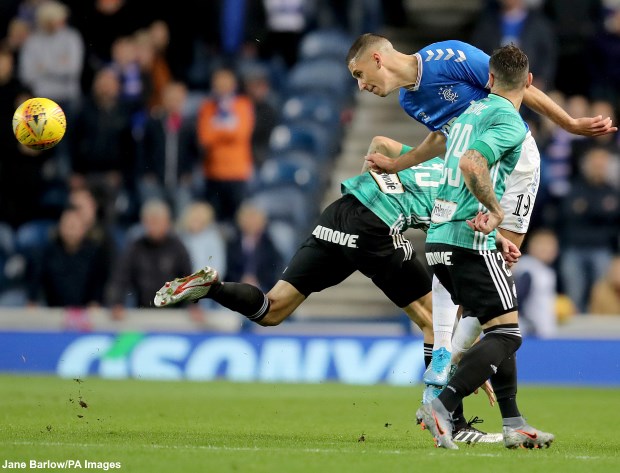 Katic missed the entire 2020/21 season when Rangers won the league, but Gerrard insisted that the defender played a part in the triumph through the culture of hard work he set up behind the scenes.

The defender stressed that no one could deny that he was the hardest worker behind the scenes but insisted that he cannot take any credit for the league title win.

Katic loves Rangers and admitted that the club shaped him as a person but lamented that the current manager did not fancy him.

The centre-back told The Athletic: “Steven said plenty of times I was really important to winning [title number] 55 as I helped build a culture of hard work which wasn’t there at the start.

“I think players and staff would agree I was the hardest worker, but I didn’t play so I couldn’t take any credit [for that 2020-21 triumph].

“I was just happy for the boys and the fans to achieve what we worked for.

“Rangers have shaped me as a person so I will follow every game still and Borna [Barisic] is one of my best friends.

“I still think I could help the club but the manager had a different opinion and I respect his decision.

Katic spent four years on Rangers’ books and made 59 appearances during his time at the club.