Sporting Lisbon coach Ruben Amorim has hailed former Tottenham Hotspur youth product Marcus Edwards as one of the best in Portugal at playing between the lines.

Edwards joined the Lions from fellow Portuguese side Vitoria, with whom he spent two and a half seasons following his departure from Tottenham, in January this year and has established himself in Amorim’s starting line-up this season.

Though he played as a right winger for the Guimaraes-based outfit, under Amorim, Edwards has led the line for the Lisbon giants more often than not this campaign. 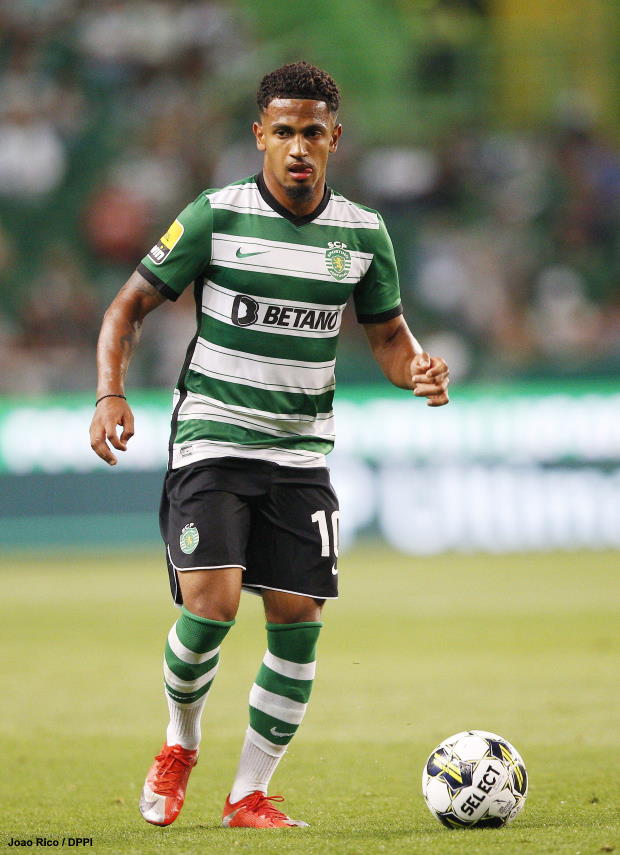 Amorim is effusive in his praise of the 23-year-old, calling him one of the best in the Primeira Liga when it comes to playing between the opposition defence and midfield.

The 37-year-old tactician knows well that Edwards has the requisite talent to become an England international and wants to see the forward become more consistent with regard to his performances.

“Edwards is one of the best in Portugal playing between the lines.

“He had difficulty getting used to the Portuguese lifestyle and that is changing”, Amorim said in a pre-match press conference.

“Our group is very young and he fits better in our team.

“Lisbon is not London, but it is different to Guimaraes, and all this has an impact on the player’s involvement.

“The talent is all there and I think he can improve a lot and reach the England national team.

“He has to be more consistent and I think he is already showing that.

Tottenham boast a sell-on clause which will apply if Sporting Lisbon sell Edwards and will see them pocket a whopping 50 per cent of the fee.

The attacker’s release clause at Sporting Lisbon is set at £52m.