Napoli coach Luciano Spalletti has lavished praise on the way his side handled the pressure of Ibrox and kept their heads against Rangers on Wednesday night.

The Serie A giants scored three goals in the second half to put Rangers through the sword in their Champions League group game at Ibrox.

The game was on an even keel until Rangers defender James Sands was sent off in the 55th minute and the home side did put pressure on Napoli at the start of proceedings in Glasgow. 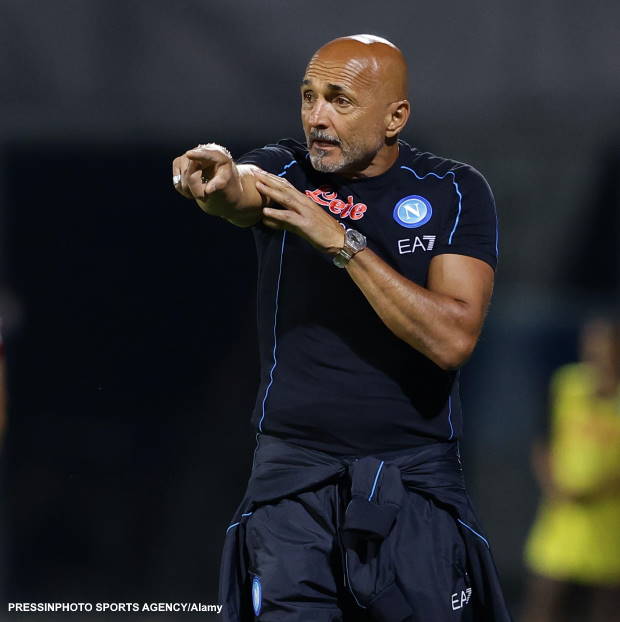 Spalletti stressed the importance of Napoli handling that initial volley from Rangers and dealing with the pressure that the Ibrox faithful put on them with the vocal support of the home side.

He admitted that Napoli could have made a few mistakes, but they managed to remain physical without losing their heads in any sort of way under the pressure.

Spalletti told Sky Italia: “The substance that the team had tonight was evident because it held up well to the initial blaze of the spectacular crowd at a legendary stadium.

“There we could have wavered if we weren’t physical and with a clear head.”

Rangers are at the foot of Group A after losing their first two games while conceding seven goals.