I Trust Them – Everton Attacker Believes In Service From Team-mates

Everton striker Neal Maupay has emphasised his trust in his midfield and wide-men team-mates to showcase their respective qualities and put the chances on a plate for him to finish.

The former France Under-21 international made his first appearance of the season for the Toffees in the Merseyside derby stalemate at Goodison Park.

And on Sunday, Maupay scored the only goal in the Toffees’ first win of the season in the 53rd minute against West Ham United at Goodison Park, getting his first goal in Everton colours. 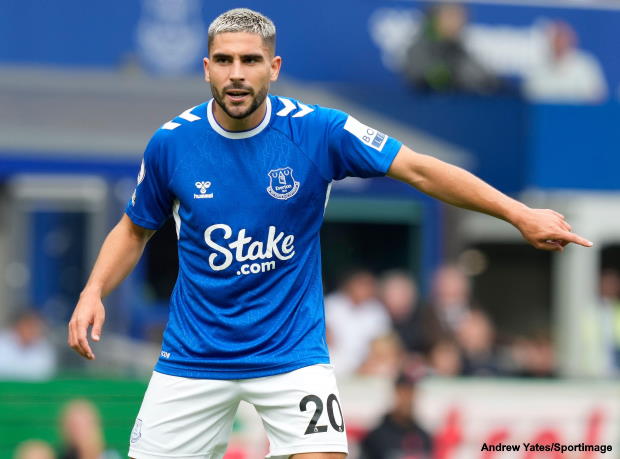 The 26-year-old explained that he had to ensure he took a proper first touch for the goal, which made the finish an easy task.

Maupay went on to stress that Everton have very good players both in midfield and out on the wings, who are well worthy of his trust to create the chances for him to put away.

“Always the first touch is the key [for this goal]. If you get that right, then you can have an easier finish”, Maupay told Everton TV.

“We’ve got very good players in midfield and the wings.

“I trust them to make the difference.

“I have to be there to finish and it was a great pass from Alex [Iwobi].

“I’m just happy for the team.”

The Toffees are presently in 13th place in the Premier League table after registering their first victory of the season, with St. Mary’s Stadium set to welcome them first after the international break.