Everton star Alex Iwobi has revealed that Frank Lampard advised him to play the way he trains and express himself on the pitch.

After Lampard took over at Everton in January, Iwobi quickly established himself as a regular starter in his starting line-up, helping the Toffees avoid relegation.

Iwobi has started Everton’s eight opening fixtures this season and assisted Neal Maupay’s winner against West Ham United, which registered the first three points of the season for Lampard’s side. 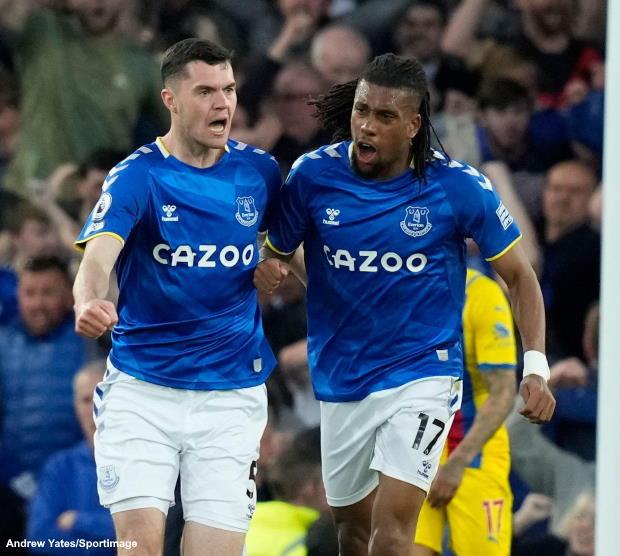 The 26-year-old midfielder credited his turn of form to Lampard’s management and stressed that the Everton boss gave him the license to express himself on the pitch.

Iwobi revealed that the English tactician gave him confidence and advised him to play the way he trains.

The Nigerian admitted that prior to Lampard’s arrival, he asked some Chelsea players about Lampard’s personality and praised the Everton manager for creating a positive environment at the club.

“He was possibly a bit surprised at how I train – I always give 100 per cent in training and it’s just getting that out in matches”, Iwobi told Everton’s official matchday programme.

“He told me to play the way I train and he wanted me to go out and express myself.

“He gave me the confidence to do that.

“My first game – my first start – was against Leeds and he told me to do my stuff and to enjoy it.

“Ever since then it’s been working out.

“I spoke to a few Chelsea players around the time he came in and they all told me that, because he was a player recently, he understands what everyone goes through as a player mentally.

“He keeps the environment positive and I’ve seen that for myself.”

Lampard will take his side to Hampshire to lock horns with Ralph Hasenhuttl’s Southampton on Saturday and Iwobi will be hoping to continue his form against them.